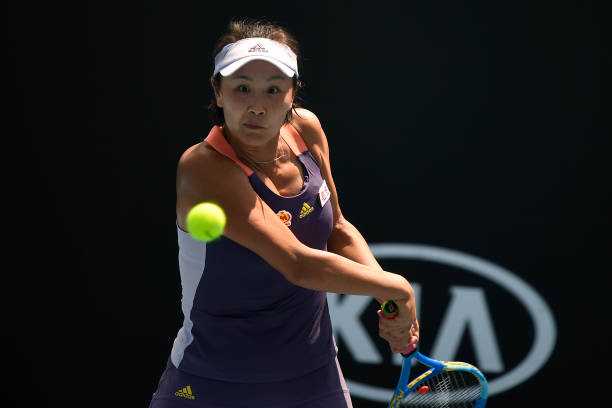 A spokesperson for Human Rights in China invites not to believe in the alleged letter, and Serena Williams asks not to remain silent in the case.

The world of sports, and especially tennis, was paralyzed after the disappearance of former Chinese ex-tennis player Peng Shuai, just two weeks after sharing a message on social networks to accuse Zhang Gaoli, former vice president of the Chinese government, of sexual abuse.

This message was published on November 2, 2021, and minutes later was removed from the Weibo platform, which is considered the equivalent of Twitter in China. Since that date, her whereabouts have been unknown.

On Wednesday, November 17, a television network, linked to the Chinese government, published an alleged message written in an email, in which it assures that it is well and resting at home. However, far from projecting tranquility, the email feeds doubts since various authorities consider that Peng Shuai did not actually write the message. 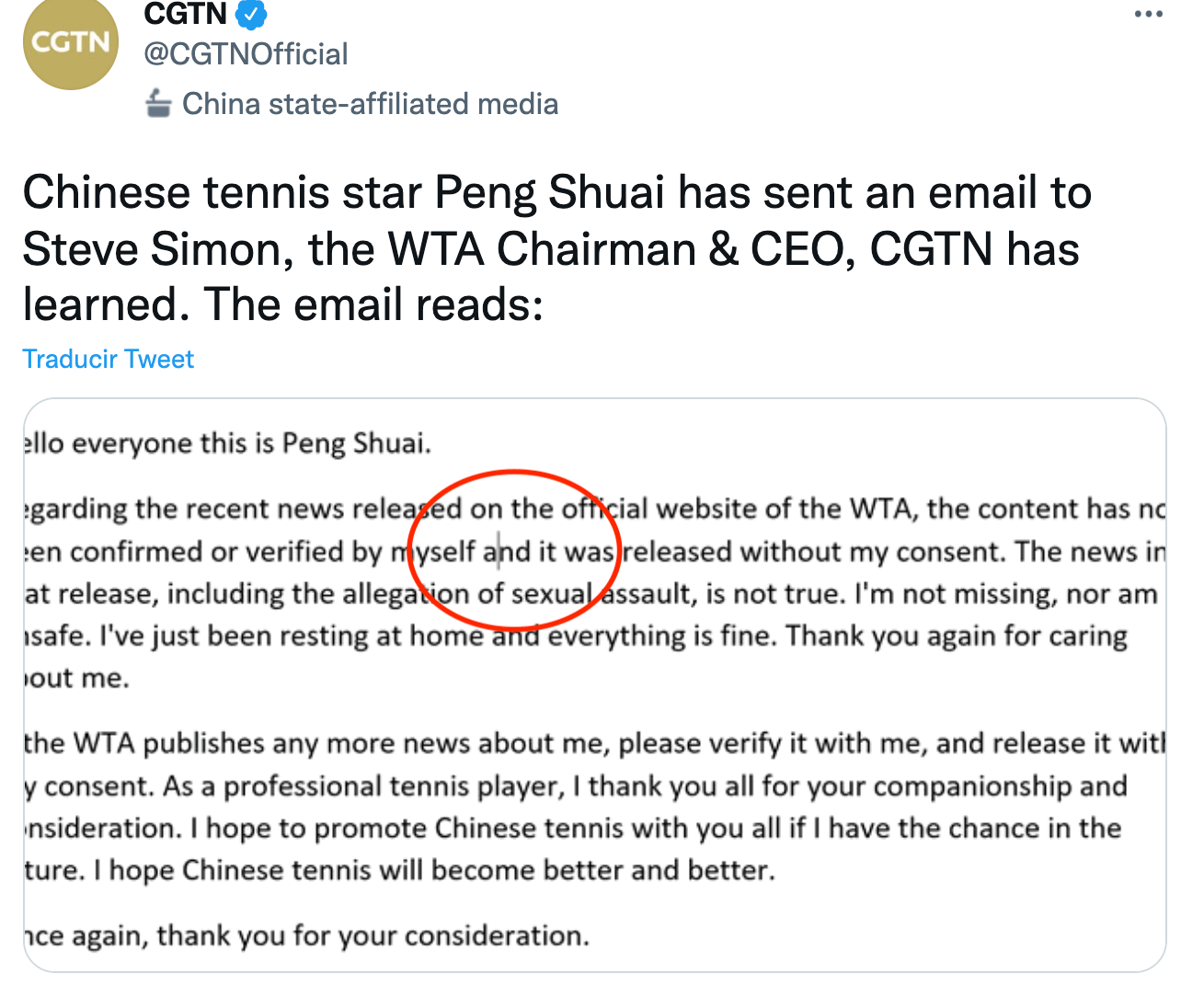 The doubts lie with the presence of the edit cursor in the third line of the text. “It’s hard to believe that Peng Shuai actually wrote the email,” said Steve Simon, executive director of the WTA, who assured that he has tried to contact the player through different means without getting a response.

Human Rights does not believe the letter

The lawyer for the group of Human Rights Defenders in China insisted not to believe in the message of the email, regardless of whether Peng Shuai wrote it or not, taking into account the background of the Chinese government.

“The Chinese government has a long history of arbitrarily arresting people involved in controversial cases, controlling their ability to speak freely and causing them to emit necessarily communicated,” he said.

Concern in the tennis world for Peng Shuai

One of the first tennis players to speak out about the situation was the Japanese Naomi Osaka: “Censorship is never okay at all costs,  I hope Peng Shuai and her family are safe and well. I am in shock at the current situation, and I am sending him love and lighting her way,” she said.

Throughout the hours, other tennis players have expressed their concern for the former Chinese tennis player, including Serena Williams, who asked not to remain silent in this case, while demanding that the situation be investigated.

“I am devastated and shocked to hear the news of my partner Peng Shuai. I hope she is safe and that they find her as soon as possible. This must be investigated, and we must not remain silent. Sending love to her and her family during this incredibly difficult time,” she said on social media.

Solidarity, however, comes not only from female tennis players but also from ATP players, such as Germany’s Alexander Zverev. “I hope they find it soon, because we are not talking about a tennis match or a competition, but about human life.”

The International Olympic Committee issued a passive stance not to get involved in the matter, arguing that the case needs to be investigated in a discreet manner. “Experience shows that a discreet diplomacy is what offers the best chance of finding a solution to issues of this nature,” she said through a spokesman.

One of the issues with which the WTA exerts pressure to find Peng Shuai is the exit of the 11 tournaments that it holds in Chinese territory each year, which has an impact on the economic issue.

However, Steve Simon clarified that the WTA is willing to absorb the economic impact in favor of its players, so they demand a correct investigation in the case, and if not, they will consider that there are no guarantees to carry out their tournaments in China in years to come, according to ESPN.