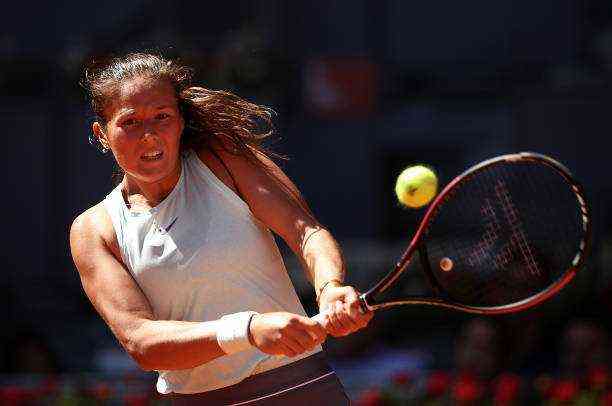 Isolation is as difficult for an athlete as it is for anyone else. Victoria Azarenka revealed that during her early days at the Australian Open rally, she went through times where she even felt depressed.

The Belarusian ranks 13th in the Women’s Tennis Association (WTA) rankings and, like many of her colleagues, trains in her hotel room to stay fit for the first Grand Slam of the year.

Vika gave an interview to the Today television program, in which she took the opportunity to tell a little about her experience in Australia and highlighted the importance of complying with health measures to avoid COVID-19 infections.

“Honestly, I was depressed on the first day. I had never heard of zero day, but it was mentally challenging for me to understand it. I also cried a little, I told myself that I was going to feel all my emotions for 24 hours and then get up and continue, “explained the former world number 1.

Starting on February 8, Azarenka will seek her third title at the Australian Open and highlight the organization’s efforts to carry out another edition of the tournament despite the very complicated situation that surrounds the entire world.

“Tennis Australia has had to work very hard, we know that many tournaments were cancelled due to the pandemic. It is surprising to see how much Australia has evolved in these months to return to the closest thing to normality, “she added.

Azarenka’s message to other tennis players

The 31-year-old player also explained the reason for a statement she published on her social networks a few days ago. In it, he asks his colleagues, coaches and everyone involved in the Australian Open to respect the protocols to make his stay less complicated.

“I did it for the sole purpose of reassuring people and asking the players to be aware of the current conditions. These are difficult times for everyone, and we have to support each other and feel empathy for others, “Azarenka mentioned on the Australian television program.