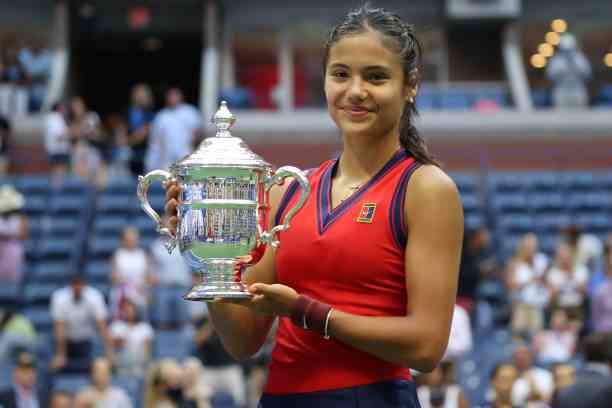 In the youngest final in recent years, Emma Raducanu needed almost two hours to win the US Open against Leylah Fernandez.

Emma Raducanu became the new head of the US Open after winning the youngest final of the tournament since 1999. At the age of 18, the Briton beat Leylah’s Canadian Annie Fernandez in straight sets 6-4 and 6-3. who turned 19 on September 6.

Raducanu was the player least likely to win the tournament and will return home as a champion, as a legend, and with $ 2.5 million.

Neither is in the top 50 in the WTA rankings. While Raducanu is installed in position 150, Fernandez is located in site 73, so this clash was unlikely at the start of the tournament, and even more so considering that the British came to the US Open.

Raducanu, the queen of the US Open

Emma Raducanu needed 1:52 hours to defeat Fernandez in a great match that ended with a great load of tension, since the British had the second set sentenced 5-2, however the Canadian pressed and was close to putting things 5- 4, but Raducanu achieved the match point and closed the curtain with a powerful serve.

With this, the 18-year-old British woman becomes the youngest player to win a Grand Slam since 2004, when Maria Sharapova was crowned at Wimbledon, as well as the second champion born in the 21st century; Bianca Andreescu, born in 2000, was the first of this generation, in 2019.

From now on, Raducanu will not go through the qualifying round of the Grand Slams again, and his name will be registered among the greats in the history of the greats and taking a huge leap in the ranking. Needless to say, Bianca Raducanu’s future looks promising, so it’s worth keeping track of her.

Raducanu is also the first British player to win the US Open since 1930, when Betty Nuthall was crowned after beating American Anna McCune.