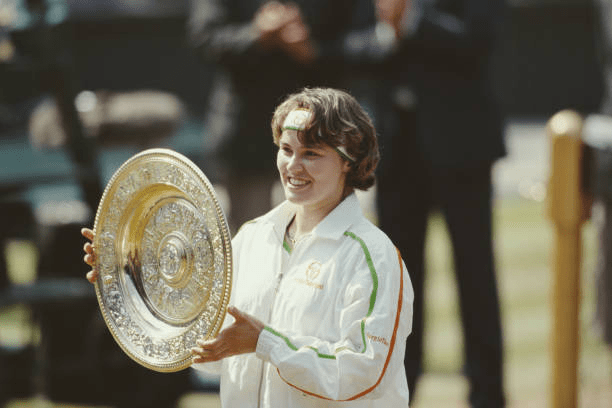 At 16 years and 117 days, the Swiss tennis player won her first major tournament in 1997: the Australian Open. But beyond the significance of lifting the trophy in this tournament, she became the youngest champion in the history of the Grand Slams.

Hingis broke the record that Monica Seles set years earlier. The American naturalized Serbian conquered Roland Garros in 1990 with 16 years and 189 days; You may remember her name because in 1993 she was stabbed by a fan in the middle of the game and unfortunately after that event she couldn’t regain her confidence when playing.

Martina Hingis and the Australian Open

The relationship between this tennis player and the Australian tournament is like an almost perfect relationship. The almost is added because regardless of whether she won it three times, she had to settle for second place in three other editions.

However, Martina Hingis verged on perfection during 1997, and in addition to the Australian Open, she won titles at Wimbledon, the US Open and 9 other tournaments.

It all started on January 12, when she beat Jennifer Capriati 6-1, 5-7, 6-1 in the final of the Sidney International and from then on, she took advantage of the momentum for the first Grand Slam of the season, to which qualified as the fourth seed.

Although the road was not easy, the Swiss reached the final without losing a single set. She dispatched Barbara Rittner, Lisa Raymond, Barbara Schett, Ruxandra Dragomir ( the only one who led her to a tie break ), Irina Spirlea and Mary Joe Fernandez.

Her rival in the final match was not an easy mission either: at 22 years old, the French Mary Pierce already knew what it was like to win the Australian Open, although her experience was not enough to stay with the title.

Martina Hingis stepped firmly on the centre court from the first moments of play and little by little, tipped the balance in her favour. The score ended 6-2, 6-2 in her favour, the audience gave her a standing ovation, and at the award ceremony, she especially thanked her mother’s support.

It is difficult to guess what was going through Hingis’s head at that time, she was a teenager who took her first steps to achieve success without knowing that she would leave a very important legacy, because not everyone can boast a Grand Slam title at 16 years.