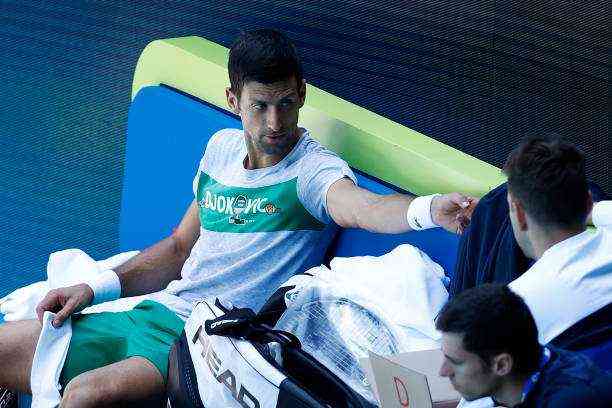 The model Natalija Scekic received an offer from a stranger, the plan was to seduce him, take him to bed, and take compromising photographs of him.

The tennis player Novak Djokovic, number one ATP, came close to being the victim of a plot to tarnish his reputation.

And it is that the model Natalija Scekic confessed to a magazine that they offered her to be part of that plan, which consisted of seducing the athlete, taking him to bed, and taking pictures, in addition to video with cameras hidden.

It was a stranger in England who had such a plan to destroy his career, reputation, and marriage, according to Scekic.

They offered her 60 thousand euros, but she rejected the proposal and hopes that no one has paid for that.

“I laughed, hoping he would say it was a joke, but the man was very serious. I felt very offended and humiliated,” said the model, who says she wanted to hit that person for daring to propose that plot.

” I hope They have not found a girl who wants to do that, because it is not fair with Novak. He is our best ambassador, an exemplary man, from the family, so that someone would hurt him like that for money, or at least try”, she indicated in the interview.