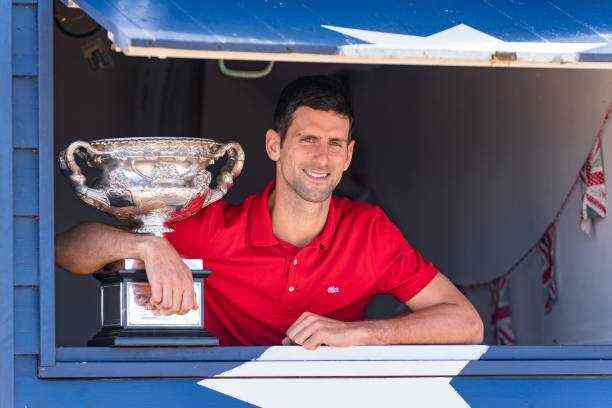 Wow! Novak Djokovic surpassed Medvedev, claimed his ninth Australian Open title, and will break records as the best in the world.

We have a champion of the Australian Open! Novak Djokovic edged out Daniil Medvedev to claim his ninth and third consecutive title at the first Grand Slam of the year.

But it is not just another trophy. The Serbian once again consolidated himself as the player to beat, as he has never lost a final in this tournament and was crowned in 7 of the last 10 editions.

Novak Djokovic beat Medvedev 7-5, 6-2, 6-2 in the Australian Open Final. Although the first set was very even, there was a clear difference of up to 3 games in the last.

“Each title gives special feelings, but this one is impossible to compare with the rest because of how everything has developed. It was not easy to face a quarantine and, emotionally, it has been the most difficult Grand Slam of all that I have faced“, declared the number 1 in the ATP ranking.

And it is that beyond adding another trophy to their showcases, Nole will surpass Roger Federer as the player with the most weeks at the top of the ranking. The Swiss boasts 310, and Djokovic will reach 311 on March 8, a situation that the ATP made official a few days ago.

Closes in on Federer and Nadal titles

As if that were not enough, Novak Djokovic’s ninth title at the Australian Open has more background. At 20, Roger Federer and Rafael Nadal are the top winners in Grand Slams history.

However, the Serbian is already very close. He reached 18, and his closest rivals look at a disadvantage due to the injuries they suffered in recent months; in fact Federer couldn’t make it to the Australian Open.

Regardless of what happens later, the edition that culminated in Australia was successfully carried out. Between quarantines, coronavirus tests, and even the public’s presence and absence, 2021 started off on the right foot for white sport.

In the women’s division, the title was in Naomi Osaka’s hands, and now Roland Garros will be in the sights of both champions.

Model claims she was offered $90,000 to seduce Novak Djokovic

Where Is She? The Mysterious Disappearance Of Tennis Player Peng Shuai After Denouncing Sexual Abuse Of A Chinese Politician