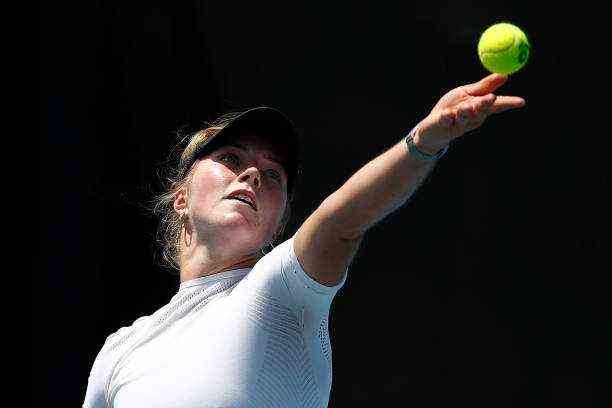 Chimes in Australia! Olivia Gadecki kicked Sofia Kenin out of the WTA 250 tournament and is emerging as a prospect for the specialty ranking.

They surprised her 2 times! Sofia Kenin was out of the Australian Open in the second round and also lost 6-2, 6-7 (4-7), 4-6 in the Phillip Island Trophy, to newcomer Olivia Gadecki.

This tournament is a WTA 250 that takes place from February 13 to 21, but the factor that gave flavor to the elimination was the age of Gadecki, who is originally from Australia and is 18 years old (4 years younger than Kenin).

In addition to qualities during the game, this young woman showed great concentration by saving 14 of the 17 break points she had against. In short, she is part of the new generation of players who will fight with the American to enter and stay in the elite.

Who is Olivia Gadecki?

Before positioning this player as a promise for the next tournaments, we will know a little about her history. Olivia Gadecki was born on April 24, 2002, in Golden Coast, Australia, and her first approach to tennis occurred when she was 3 years old, along with her brothers.

At her young age, she boasts participation in the Longines Future Tennis Aces in Paris 2014. She won the singles category of the 14 / u Australian Championships in December 2016 and was part of her country’s team at the Junior Fed Cup in 2017.

According to Tennis Australia, a year later, she reached the final of the Junior Internazionale Tournament in Italy and was also a finalist in the 16 / u Australian Championships that took place in Melbourne Park.

Olivia Gadecki assures that Serena Williams is her idol, and before 2021, she had never appeared in a Grand Slam, nor in the ranking of the Women’s Tennis Association (WTA, for its acronym in English). She played the Australian Open in doubles with Belinda Woolcock, but they were eliminated in the second round.

The confrontation with Sofia Kenin represented the Australian’s first victory against Top 100 tennis players and will surely propel her to a place in the ranking individually.