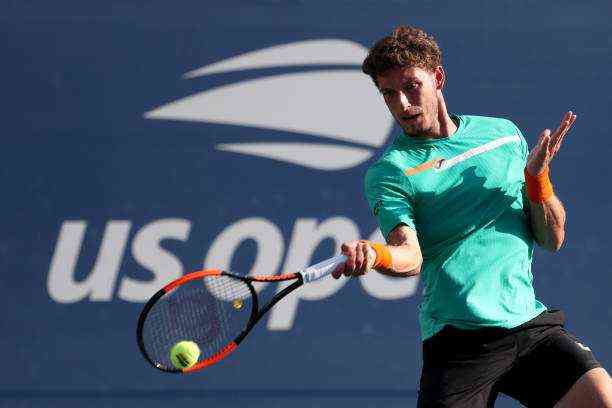 Pablo Cuevas went crazy with joy. It is that this Friday ends the 14-day confinement that he suffered in a hotel room in Australia due to the coronavirus pandemic. The Uruguayan tennis player arrived in Melbourne to participate in the Open in that country, but had to remain in quarantine for two weeks, without even leaving for a few hours to train, because on the flight he traveled, there were people infected with covid-19.

Cuevas, 35, is ranked 70th in the men’s tennis world rankings.

More or less trained, more or less mentally affected by the quarantine -with variable restrictions-, the tennis players return to the competition on Sunday, in what will be an express preparation for the first big of the year, which begins on February 8.

A relief for the 1,000 people; between tennis players, coaches and trainers, who have been isolated for 14 days after landing in Australia on several charter planes.

Kazakh Yaroslava Shvedova posted on Instagram on Thursday a photo showing the form received from the State of Victoria’s health authorities titled ‘End of detention.’

The special circumstances – 72 tennis players have had to comply with strict confinement when being in contact with a positive in the airplanes, the rest could train five hours – has led the WTA to create a tournament at the last minute reserved for those tennis players who do not they could leave their room.

The ATP has expanded the draw for the two planned tournaments to allow everyone to compete before the start of the Australian Open on February 8.

In summary, the tennis players will be divided into three WTA 500 tournaments and the players in two ATP 250 tournaments, which are added to the ATP Cup, which brings together the male elite. Everything will be played in the Melbourne health bubble.