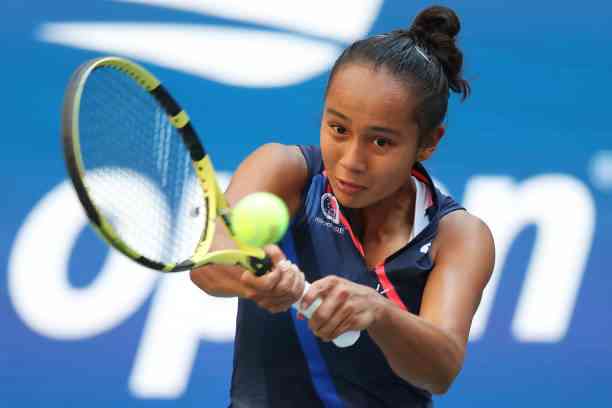 Emma Raducanu and Leylah Fernández are the new tennis figures and will star in the youngest Final so far this century at the US Open.

Make way for the new figures! Emma Raducanu and Leylah Fernández will meet in the 2021 US Open Women’s Final and make her the youngest of this Grand Slam since 1999. At 18 and 19 years old respectively, they represent the first big steps of their generation.

When we talk about the youngest Final since 1999, it is not about anything. These pair of players are the youngest since Serena Williams beat Martina Hingis in that edition, at 17 and 18 years old respectively.

Back in 2021, the British advanced after beating Maria Sakkari 6-1, 6-4. For her part, the Canadian with Ecuadorian roots left Aryna Sabalenka on the road 7-6 (7-3), 4-6, 6-4. From before facing each other, both are breaking records and streaks everywhere.

Raducanu and Fernández will star in the first unseeded Final in the open era. In addition, Emma is the first tennis player (male or female) to reach the last match after starting from qualifying.

This is how the ranking will move for Raducanu and Fernández

Both players will make a very important leap no matter what happens in the Final of the US Open 2021. Before the tournament started, Emma Raducanu was ranked 150th in the WTA rankings and Leylah Fernández ranked 76th.

Now there are two possible scenarios for each. If Raducanu wins the Grand Slam, she will rise to position 23; if she loses, she will climb to step 32. If Fernández is crowned champion, she will finish in 19th place in the classification; should she lose, she will start next week as the 27th in the world.

When and where to watch the US Open Women’s Final live?

With all the ingredients in this ultimate game, missing out is not an option. The action at Arthur Ashe Stadium will begin this Saturday, September 11, at 3:20 p.m. The transmission will be carried out by ESPN.

Model claims she was offered $90,000 to seduce Novak Djokovic