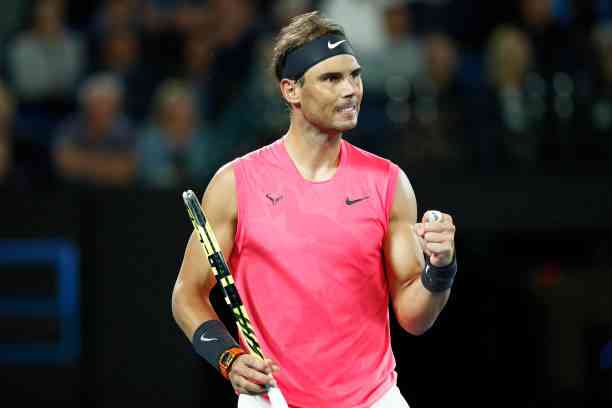 Rafael Nadal announced on social networks that he will not be part of the Tokyo Olympics due to his physical well-being.

Rafael Nadal will be part of the list of the great absentees at the Tokyo Olympics. The Spanish tennis player confirmed that he will not be part of the summer fair and will not be in the third Grand Slam tournament of the year, at Wimbledon. Nadal argued that the decision is made to avoid an unfavorable physical scenario that could have consequences that affect the continuity of his tennis career.

Nadal played at Roland Garros just a week ago and was eliminated in the semifinals by Novak Djokovic. “I have left everything I had physically and mentally as well,” he said after the game against Serbian, and a week later, he announced his resignation from the next big one and the Olympics.

Why did Nadal quit the Olympics?

One of the reasons for making this decision is the little rest between Roland Garros and Wimbledon, separated this year by only two weeks. The French tournament was postponed due to the increases of contagion in France a couple of months ago.

“Hello, everybody. I want to communicate that I have decided not to participate in the next edition of Wimbledon that will be held from June 28 to July 11. Nor will I play the Olympic Games finally scheduled for July 24-30”, the Iberian shared on his social networks.

“After listening to my body and talking to my team, I understand that it is the right decision in order to extend my sports career and continue doing what makes me happy: compete at the highest level and continue fighting,” he explained.

This is not the first time that Nadal has resigned from the Olympics. In July 2012, the Spaniard announced that he would not be part of the fair to be held in London, due to a knee injury, an aspect that has left numerous scars since 2005.

“In these moments of my career as an athlete, an important part is the prevention of any type of excesses in my body that could prevent further fighting in the medium and long term for the titles,” he explained.

However, the Spanish already has pleasant Olympic experiences, as he won gold in Beijing 2008 and repeated in Rio de Janeiro 2016, although he did it in doubles on Brazilian soil.

Nadal could be back in competition leading up to the fourth and final major of the season, the US Open, which will be held from August 30 to September 12, with a maximum capacity for spectators.

The Dunblane Massacre: The Assassination of Andy Murray