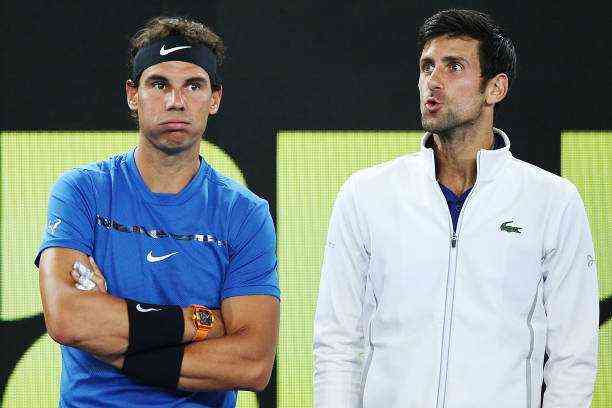 Is there a shot? Rafael Nadal gave his opinion on the controversy that has arisen around the Australian Open and people like Novak Djokovic.

It seems that not everything is rosy for tennis players in Adelaide, since Rafael Nadal assured that privileges do not surround the best placed in the ATP and WTA rankings. Also, he left a message that seems more of a hint for Novak Djokovic.

He gave an interview to ESPN Tennis while he is serving his quarantine, and spoke about the recent controversy generated by the conditions in which the players live ahead of the Australian Open.

“We cannot have any complaints. In Adelaide, our conditions have been better than most in Melbourne, but some Melbourne players have larger rooms where they can engage in physical activities. Everyone has their opinion, “said Nadal.

Nadal sent a general message to everyone who spoke during the last days, but it seems that the main target is the Serbian Novak Djokovic, who sent a list of requests to the tournament organizers to change from the isolation dates, to the food of the hotels.

“You always look up, you always complain about a disadvantageous position. Some need to make public all these things they do for others, some of us do it more privately without having to publicize everything, “added Rafa.

What about Nadal and the rest of the tennis players in Australia?

These 6 players will participate in an exhibition on January 29 and have received several criticisms for enjoying certain privileges. Colleagues like Stan Wawrinka and Guido Pella ironic or denounced that the conditions are not the same for everyone.

Tennis players in Adelaide have a 24-hour gym, and their hotel rooms boast large balconies where they can exercise, and they have even come out to greet their fans. Djokovic even danced with some fans a couple of days ago.

However, in the midst of so many dimes and diretes, Nadal gave his opinion and considered that nobody is absolutely right.