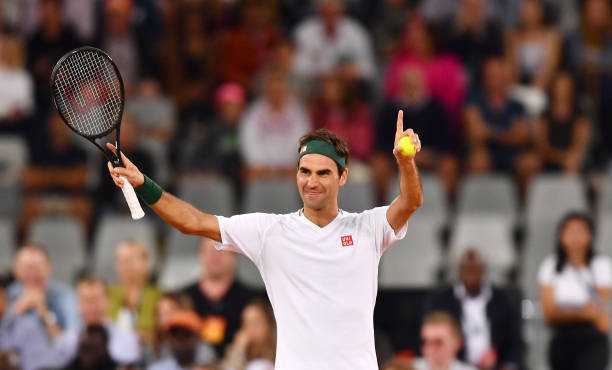 Roger Federer is 40 years old, and it will be until sometime in 2022 when we see him back on the tennis courts.

Roger Federer was intervened three times in less than two years and, in August, announced that he would not play again until 2022 to make a recovery without pressure, so he has not set a date to compete again.

“First, I have to walk correctly again, run correctly, and then do the side steps and all the agility work,” he mentioned in September.

How far away is Federer’s retirement?

Given this situation, speculation has arisen regarding the upcoming retirement of the 40-year-old player. However, this is not part of the upcoming plans for the 20-time Grand Slams winner. The only thing that Federer worries about with regard to retirement is that it is by choice and not because of the injuries, but future retirement plans, no.

“There is no such thing for me! But I wish I could choose the moment myself. I’m sure I’ll know when that time comes. I am not afraid of the time after my professional career. It will be a smooth transition.

“Mirka (her partner) and I handle the balance of life between tennis, family and friends incredibly well; that’s what makes me almost proud. After all, what is really important in life?” He mentioned to Ringier magazine.

Imagining his life after tennis, Federer indicated that he would like to be remembered as an informal tennis player, but at the same time good, although his greatest legacy is on a personal level.

“I hope they remember me as a good casual, cool, and good tennis player. And as a person, I hope I was able to set the example that even if you are successful, you can treat people with decency, attitude, and fairness.”

How did you manage to reach 40 years in tennis?

Usually any sports legend is retired at 40 years of age, enjoying the world, but in Federer’s case, it is not. The story continues despite the fact that we have seen little of him on the tennis courts in recent years.

However, he has taken his career to this point thanks to a ritual that helps him de-stress in the middle of the game: the towel. Although he does not sweat (or not so much), the Swiss takes advantage of the pauses before each serve to move away from the pressure for at least a couple of seconds.

“It’s like when a baby has a comfortable blanket or a teddy bear. My coach said I needed something like that to help me withdraw into my world for a brief moment. For me, it has become a ritual. Lost point: towel,” shared Federer.