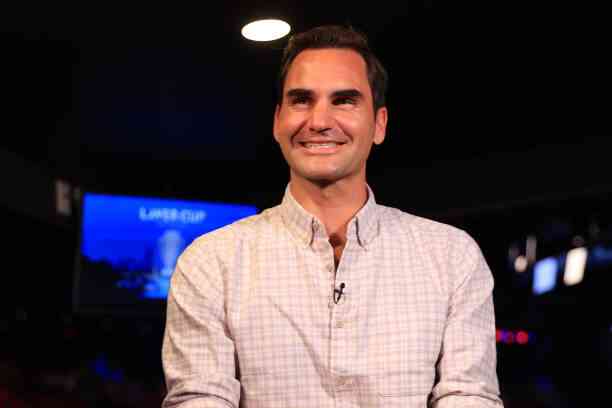 Today, the message on mental health that Naomi Osaka took to the world is seconded by Roger Federer to support the Next Gen of tennis.

The figures of Naomi Osaka and Simone Biles sparked the start of an important conversation in sports: mental health. The stars of different disciplines have taken up this theme, and Roger Federer was not far behind with tennis, as he considers that social networks are an obstacle for new generations.

The Swiss tennis player’s career began when he was a teenager, and he grew to be considered one of the best sportsmen in all of history. However, its evolution took place far from technology and contact with the world that today we perceive as impossible.

The world is evolving rapidly, but Roger Federer believes that when it comes to social media and other tools, the next revolution must go against the tide. The concern goes beyond any superficial problems and involves Osaka herself, as well as Emma Raducanu, the young US Open champion.

“It hurts to see what happens and when they don’t feel well. The stress is so great. And I think a lot is due to social networks: the first ten years of my life there were no social networks, maybe I only had a website , then the networks were everywhere“, explained the former world number one in an interview with GQ.

The role of the press and the handling of attacks on social networks, according to Roger Federer

At the same time, ‘Your Majesty’ questions the role of the media and what it awakens in each athlete. Osaka also discussed this topic before retiring from Roland Garros and received a barrage of criticism accompanied by ridicule.

“I think I am one of the athletes with the most press ever, and I agree that it is always the same. We need a revolution; at least an evolution of where we are today. We have to help, train and guide the younger generation more. I can’t imagine going through the beginning of my career with social media, I have no idea how I would have handled it, “added Roger Federer.

And it is that Facebook, Instagram or Twitter should be a space to share opinions, but it becomes a war zone regardless of the subject or the person in question. According to Federer, athletes receive a lot of attacks, which lead them to show a false calm when they really are not in a good moment.

“For every ten nice comments, there is always one negative comment, and of course, that’s the one you focus on. It is a horrible situation. Even when I feel depressed, I know that I need to act a certain way in front of the world press. We must remember that tennis players are athletes and professionals, but we are also human,” he said.

This important message not only confirms what Osaka said in previous weeks. As has happened in other spaces, sport will have to find an emergency exit to find a way to manage mental health properly.