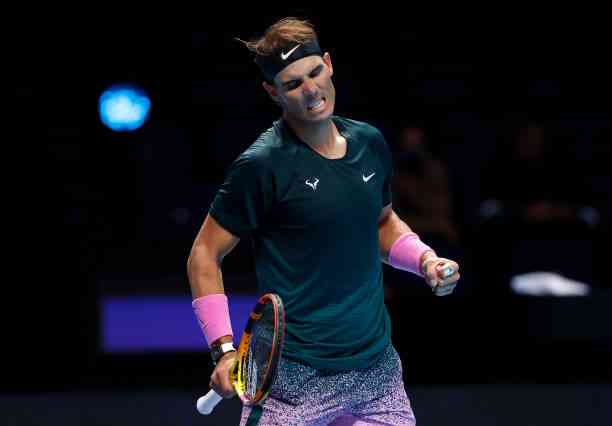 Rafael Nadal could not see victory in the Monte Carlo Open, and we analyzed a little what the keys to this fall are.

Rafael Nadal returned to the courts, and what better way to do it than on clay, his preferred style and where he has dominated throughout his professional career, but his return was not what he expected, and he was eliminated at the Monte Carlo Open.

Andrey Ruvlev, a young Russian man, was in charge of dispatching Rafael Nadal, and he did it in 3 sets with partials of 6-2, 4-6 and 6-2 he beat Rafael Nadal and was placed in the semifinals in Monte Carlo and Casper Ruud will be the Russian’s next rival.

It is not a question of justifying Rafael Nadal in defeat, but his return was not easy, as injuries have reduced all his weapons and time has not passed in vain and being away from the court for so long has diminished his game.

The pandemic has affected the pace of play of each and every tennis player, in fact we could see it with the return of Roger Federer, who also had a hard time coming back, but he did so with a resounding victory at the Doha Open, Qatar.

“There is a deadly cocktail, and it is that I have played badly against a great player. The defeat worries me what I have to worry about. It is a defeat that is not positive and it is a game in which I have not played well. It was a bad day because I had been training well, “he said after the defeat.

His service was one of the keys that did not allow Rafael Nadal to have a better performance: “For some reason I have had problems. I have lost the serve too many times. I was thinking about how to serve and he is a great player, who played aggressive,“he mentioned.

For Rafael Nadal, service is the key to a victory and the basis for building a solid game and before this he replied: “Against a great player like him if you don’t play well, you lose. One of those days when it’s a disaster. And create an impact on the rest of your game.”