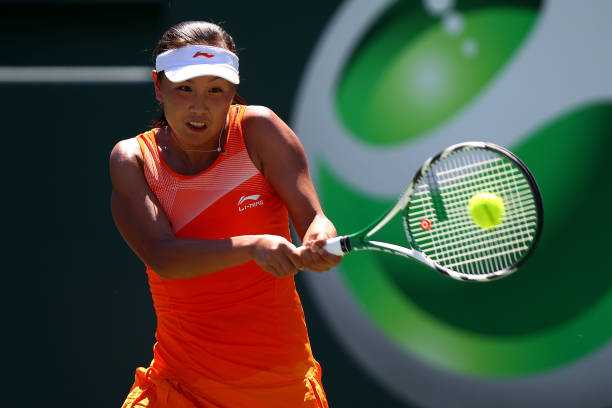 The pressures and demands to find the whereabouts of Peng Shuai have already involved increasing against the government of China.

Former Chinese tennis player Peng Shuai shocked the sport after revealing her disappearance, after denouncing the former vice president of China through social networks (the message was deleted minutes later), and little by little, athletes and political forces have been involved so that the government of the Asian country acts to find the whereabouts of the athlete.

Media linked to the Chinese government published an image of an email supposedly written by Shuai, although it lacks veracity, so the WTA requires that it be shown that the former player is well, otherwise threatening to withdraw her tournaments of the Chinese territory.

This proposal has been endorsed by WTA players and ATP players, of which Novak Djokovic expressed support and concern for the well-being of Peng Shuai.

“The entire tennis community needs to support her and her family, make sure she is safe and sound because if she had tournaments on Chinese soil without it being resolved, this situation would be a bit strange. I understand why the WTA has taken such a position. We are missing someone, and I hope we will find her very soon. It’s terrible,” said the Serbian.

The case is no longer just an issue that involves only the sports field, as political forces have also demonstrated to demand that China find and verify that the tennis player is okay.

The Wimbledon organization, one of the Grand Slams, shared a post to express support for the WTA and demand that what happened behind the Peng Shuai case be disclosed.

“Together with the global tennis community, we would like Peng Shuai to know that his well-being is of the utmost importance to us, and we will continue to work to gain clarity on his safety,” reads part of the statement.

UN and the United States also get involved

The UN requested proof of life, and all it got was a response from one of the state media that Peng Shuai is fine and will make a public appearance soon, which is not exactly proof of life.

Faced with this situation, White House spokeswoman Jen Psaki demanded that the Chinese government share independent and verifiable evidence, since until now, any communication regarding Peng Shuai has been linked to the state.

Representatives of Human Rights in China have stated that the country’s government has a large and recent history of censorship, which is why they request people not to believe in messages and statements related to the Chinese government.

Will it be Possible? Wimbledon Plans To Have 10,000 Fans a Day