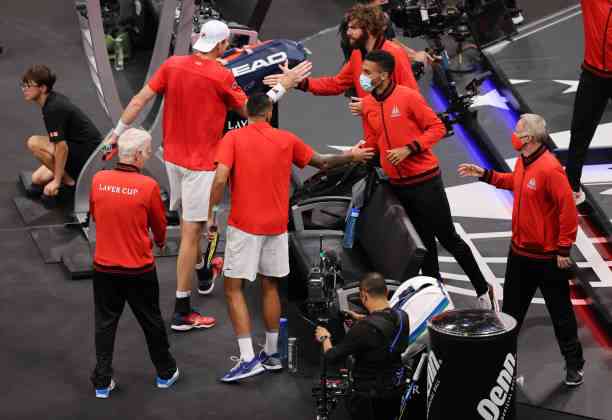 The fourth edition of the Laver Cup arrived in Boston with a great atmosphere and a good advantage for Team Europe, who are looking for their fourth title.

The best tennis in the world! The Laver Cup 2021 is in the middle of its fourth edition, with extensive dominance of Team Europe over that of the Rest of the World. Even so, both have chances to win the trophy, and we will tell you all about them.

Ahead of Saturday’s night session, Team Europe extended the 3-1 lead they gained on the first day of activities. The victories of Stefanos Tsitsipas and Alexander Zverev brought the score to a resounding 7-1.

Remember that to win the Laver Cup, either team needs to score 13 points. No matter what happens during the night of Day 2, there will be at least one game on Sunday morning, and the outlook may change faster than we expect.

What teams need to win the Laver Cup

Team World, to row against the current

The team led by John McEnroe takes the losers once again. With just one win to a day and a half, Nick Kyrgios, John Isner, and company need to win both games on Saturday night to get closer to a 7-5 that evens the scale.

If that happens, it would be enough to win the first two games on Sunday to consummate the first Laver Cup title of the squad that wears red.

Should they lose the two remaining games on Saturday, Team World would have to appeal for an epic comeback; that is, to win the 4 games on Sunday.

If everything goes the way Björn Borg and his coaches want, they could finish the Laver Cup in the first session on Sunday. Two more victories on Saturday afternoon would deliver 4 more points, bringing the score to 11-1 in their favor.

By needing 13 units and taking into account that on Day 3 of activity, it delivers three points per game, a victory would be enough to be crowned for the fourth time in a row.

The Saturday session will continue this Saturday, September 25 at 6:00 p.m. Daniil Medvedev will face Denis Shapovalov in singles; later, Andrey Rublev and Stefanos Tsitsipas will collide with Isner and Kyrgios in doubles.