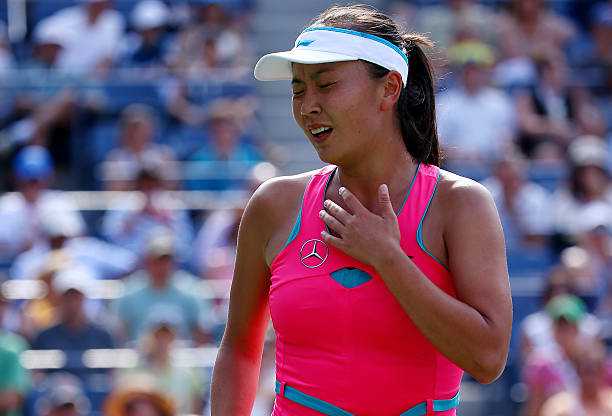 After denouncing Zhang Gaoli for sexually abusing her, Peng Shuai has been missing since November 2.

Sometimes we would like to always give good news about the sport, unfortunately, this is not always the case. Peng Shuai is a Chinese tennis player who has several titles to her credit, in addition to participation in Rio 2016, but who is missing after reporting sexual abuse by a former Chinese politician.

Since November 2, the whereabouts of the tennis player Peng Shuai is unknown and all this after a few publications on Weibo -China’s Twitter-, in which she put some messages in which she mentioned that she would tell the truth, said publication was deleted in less than half an hour.

“Like an egg striking a stone or a moth against the flame. Courting self-destruction, I will tell the truth about you“, was the message that Peng Shuai wrote on Weibo and that they deleted a few moments later, this message was taken from the newspaper La Nación.

Who is the person that Peng Shuai would refer to? This is Zhang Gaoli, a former vice prime minister of China. Peng Shuai herself was reported a sexual assault in her home by the president and that afterwards they had an intermittent extramarital affair, but she had no proof of this.

The WTA commented on Peng Suai and her situation in a statement: “The WTA and the rest of the world need independent and verifiable proof that she is safe. I have repeatedly tried to communicate with her through numerous forms of communication, without success,” were the words of WTA President Steve Simon.

Almost two weeks have passed since the whereabouts of Peng Shuai are not known, and the tennis world has begun to echo the subject of the tennis player because they want to know that she is well and safe after the complaint of sexual abuse.

“Hi everyone, I’m not sure if you’ve been following the news, but I was recently informed of a tennis partner who disappeared shortly after revealing that she had been sexually abused. L to censorship is never right at all costs, I hope Peng Shuai and his family are safe and well. I am in shock at the current situation, and I am sending her love and lighting her way. #Whereispengshuai, “Naomi Osaka wrote.

According to the Chinese medium CGTN, which is a communication medium related to the Chinese government, Peng Shuai sent an email for this medium to disseminate it to let them know that he was fine and denied all the facts, including the complaint of sexual abuse.

This set off the alarms of Steve Simon, president of the WTA, who, in the same statement mentioned above, argued that he doubts the veracity of said email and is concerned about the safety of Peng Shuai. In this email, they find some doubts about whether the tennis player really wrote it.