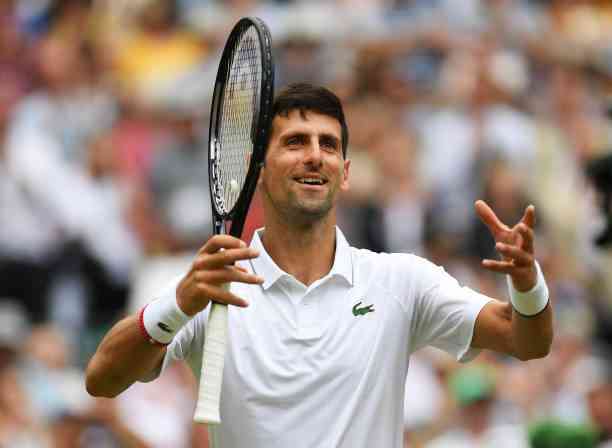 Roger Federer came close to inscribing his name on the list of tennis immortals twice. While the Swiss is widely regarded as the best player in the ATP era, he was unable to join the two men and three players who have won all four Grand Slams in a single season.

In 2004 and 2007, the Swiss was frustrated at Roland Garros, the only tournament he needed to achieve the feat. Federer has only won Roland Garros once, in 2009, the year he also won Wimbledon.

Rafael Nadal and Novak Djokovic have also chased all four Grand Slams in the same season, and in their attempts, they have won a total of 20 major titles. Djokovic could get rid of these names at the US Open, because if he won it, he would reach 21 crowns among the big tournaments and would be the first tennis player in the last 31 years.

The winners of the four Grand Slams in the same year

Don Budge, the first to achieve the feat

American John Don Budge was the first tennis player to complete the Grand Slam, in 1938. At that time, he was 23 years old, and although tennis at that time is considered amateur, it left a precedent.

He died on January 26, 2000, when the great exponents of our era were just beginning to write their history.

Thanks to Maureen Connolly, the second Grand Slam came on the women’s tracks, originally from San Diego, United States. She won the Big Four in 1953, at the age of 19.

In three of the four finals, she defeated Hart Doris and inscribed her name as the best player in the world at that time. Unfortunately, she passed away at the age of 34, from cancer.

Rod Laver, the only one with a double feat

If achieving the big four in the same season is a feat, the Rod Laver thing is almost a miracle, as he achieved the big four in 1962 and 1969. He was the first non-American tennis player to win the Grand Slam.

The Australian achieved the first at the age of 24, and the second achieved it at 31. On August 9, 2021, he turned 83 and resided in California, United States.

The Australian is the top winner in large tournaments, with a total of 28, so she will surpass any professional player or player. In 1970, she rounded off her legend by conquering the big four, at the age of 28.

Seven years later, she ended her career as a tennis player. In July 2021, she turned 79 years old and resided in Australia.

Steffi Graf, the first to achieve the Golden Grand Slam

Throughout her career, she achieved 22 major titles and was the first European to achieve the four major titles in the same season in 1988, the year in which she also won the gold medal at the Seoul Olympic Games, which makes her the only person to win a Golden Grand Slam. At that time, Teuton was 19 years old.

In Pictures: The Celebrations Of The European team For Their Four-Time Laver Cup Champion