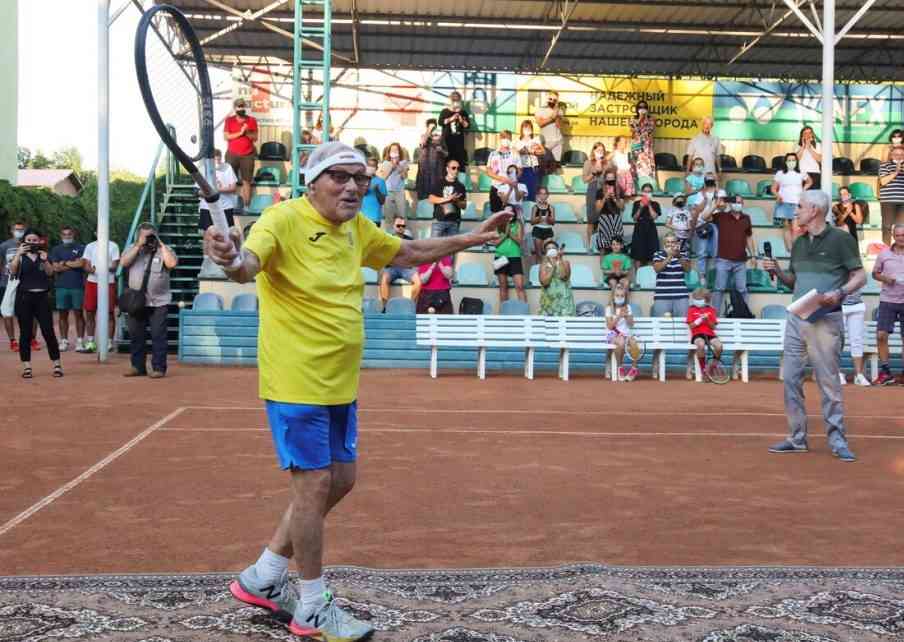 97 years and counting! The Ukrainian Leonid Stanislavskyi will play this year in the new ITF category and already boasts a Guinness Record.

Laziness, dream? These are words that do not exist in the life of Leonid Stanislavskiy. It is about a 97-year-old Ukrainian tennis player, who not only was amazed with his racket skills, but was also recognized as the oldest player in the world.

Although it is true that age is not a factor that means stopping doing certain things, this tennis player does not find rivals. For that reason, the International Tennis Federation (ITF) created a new category in which it will be able to develop.

Some time ago, Leonid Stanislavskyi sent a letter to the body and asked for openness to people of his age. After receiving a positive response, he is preparing to participate in the 2021 Super-Seniors World Championship, which will take place in Mallorca, Spain, during the month of October.

As if that were not enough, the Ukrainian received his recognition as the oldest tennis player in the world, awarded by the Guinness Records. Stanislavski boasts this title since the end of 2020, but the pandemic prevented him from receiving his plaque earlier.

As his ITF senior debut nears, the veteran proves that there are no impediments when there is a passion for achieving a dream. 67 years after having dabbled in white sport, he has great recognition and seeks to face elite colleagues.

Leonid Stanislavsky was born on March 22, 1924, he lived through World War II and pandemics such as the Spanish flu and COVID-19. However, he remains healthy and very strong, which is why he enjoys the sport like any other athlete.

“Tennis is elegant, a good physical exercise. It is a beautiful game. And there is something else about it, you can play it no matter how old you are. When I was 95 years old, I felt better than now, when you are 97, even walking is difficult, “the Ukrainian explained to Reuters.

And regardless of the complications that appear year after year, Stanislavski is dedicated to thanking every day for being in the world and, above all, for doing what he loves. He does some push-ups and gym exercises in the mornings, which are the secret to staying in shape and having good genes.

However, the goals of this tennis player go much further than clay, grass, or hardcourt. He likes to swim and ski, but now he wants to parachute and specifically in tennis, his big goal is to face Roger Federer; it is a personal thing, to fulfill 100 years of life.

Roger Federer Sees Social Media As Creators Of Stress In Tennis: “We Have To guide The Younger Generation”