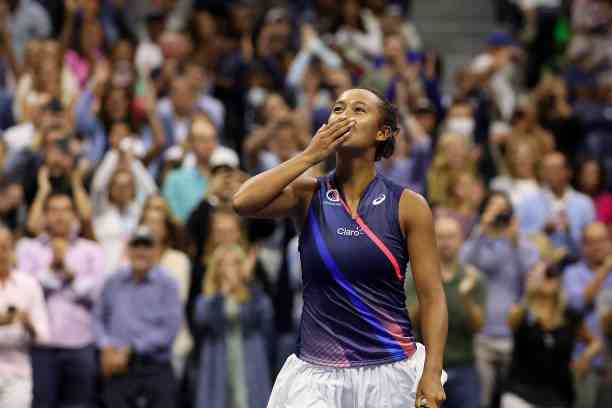 At 19, Leylah Fernandez is the youngest semifinalist at the US Open since 2005, but before she relied on her family to reach the WTA.

It is already historical! Leylah Fernandez is 19 years old and has just qualified for the semifinals of the US Open 2021. She is now the youngest player to play this stage since Maria Sharapova in 2005 and will face Aryna Sabalenka.

Reaching the Final will not be an easy mission, and in a hypothetical final duel, she could face figures like Belinda Bencic and Karolina Pliskova. However, her path in tennis was not easy either. Some rejected her, fortunately she had all the support of her family to fulfill dreams and goals.

Leylah Fernandez and the importance of family to shine in tennis

Two of the most important people in the tennis player’s life brought her closer to sport and made her multicultural. Her mother is Irene Exevea, a Canadian with Filipino roots; Jorge Fernández is Ecuadorian and a former soccer player. Leylah speaks Spanish, English, and French, and boasts her origins with pride.

However, the role of the family in the race today installed in the semifinals of the US Open is worth highlighting. When Leylah Fernandez was excluded from a program for new talents in her country, the figure of her father was essential to move forward.

He was in charge of supporting her and being her coach to seek a place in the elite of white sports. The values ​​and learning that professional soccer left him in Ecuador, helped Jorge until his daughter became one of the great promises of today.

The pandemic and the circumstances that surround the world prevent Leylah Fernández’s family from accompanying her at the end of the season, and she works with coach Romain Deridder. At the same time, her dad keeps in touch from a distance and sends different plans for practices and games.