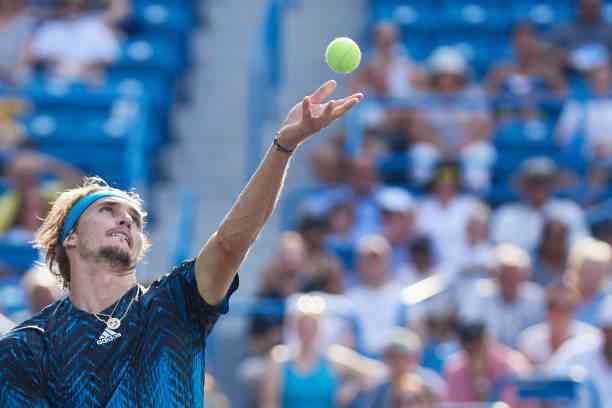 Olga Sharypova told her story of violence that she lived with Zverev, but the ATP has not yet made a decision about it.

In the world of sports, there are too many stories to tell, some of success and achievements, but there are other negative ones. Unfortunately, we will enter the second category with tennis player Alexander Zverev, his partner Olga Sharypova and the Association of Tennis Professionals, better known as ATP.

To tell the following story, the information from the interview with Racquet magazine is more than fundamental. So here we go, Alexander Zverev and Olga Sharypova were a couple who boasted unconditional love in what they showed towards the outside world, even if everything was different.

13 months of relationship was the one that the tennis players had, which according to Olga Sharypova, Zverev had become more abusive to the point of hurting her both physically and psychologically, although the Russian tennis player categorically denied it when the story of his former partner came to light.

The relationship between the two tennis players began on September 5, 2018, in Monaco, shortly after Zverev fell in the third round of the US Open. However, it was precisely in that city where the first acts of physical violence that the tennis player had with his partner occurred.

“The first time was in Monaco in his apartment. I was going to leave because we had a very big fight. I was standing in the hallway and he hit my head against the wall. He got scared and then started lying. He said I hit him first, he was saying he didn’t do it, that he never had” Olga mentioned to Racquet, that this was the first occasion of physical violence.

Physical and emotional violence was constant towards Olga Sharypova

One of the many emotional abuses Olga was exposed to by Zverev was about her career as a professional tennis player. Sharypova mentions that Alexander ignored her with his career and told her that he was a successful person, while she was nobody.

The whole issue of violence came to a head during the 2019 US Open, in which Zverev brutally beat Olga Sharypova in her hotel room. After the attack in the bathroom, Olga sent a message to one of her friends with the photos of the evidence.

“The same thing happened in Geneva,” Olga replied to a question about whether it had been Zverev in the chat and accepted that the violence had entered a very high level from the city of Geneva, where, according to her testimony, Alexander He started punching him in the face.

What has the ATP done about Zverev’s domestic violence cases on Sharypova?

Unfortunately, the ATP has to deal with Zverev’s case on domestic abuse, as Nikoloz Basilashvili also faces abuse accusations. Neither player has been charged, and both deny any crime.

“To date, ATP has generally referred to legal authorities in abuse cases before determining whether further internal action is warranted under the ATP Code of Conduct. The report is expected to establish a series of recommendations to increase protection throughout the organization and identify opportunities for more proactive participation,” ATP said in a statement.

Massimo Calvelli, CEO of the ATP mentioned: “Abuse has a profound and lasting impact on millions of victims each year. We believe that everyone in tennis should feel protected and fairly represented. When abusive behavior or accusations are related to any member of the tennis family, it can also impact public confidence in our sport.“

Actually, the ATP has not issued any actions on the matter on the situation of Alexander Zverev with Olga Sharypova nor on Nikoloz Basilashvili, but some resolution of these unfortunate issues is expected.