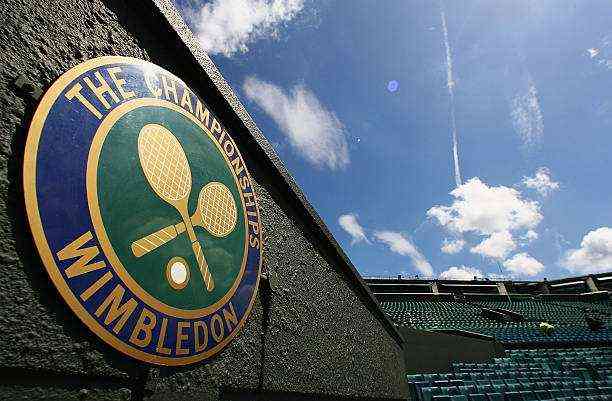 The cancellation of Wimbledon last year will not be repeated: in 2021, the stands could be full or have 10,000 fans a day.

It is played yes or yes! The Wimbledon edition in 2021 will not be canceled or suspended like last year, as the organizers have three possible scenarios in which there could be fans or even take place behind closed doors.

The realization of the Australian Open under almost normal circumstances motivated the All England Tennis Club people to work on alternatives that guarantee the safety of those involved and the people who live near the complex.

According to the most recent report in the Daily Mail, a letter was sent to residents of surrounding areas so that they are aware of all the possibilities.

The only sure thing is that the tournament will be played from June 28 to July 11, and among its options, the first is the least likely. Virtually no event has been held with normal numbers in the last year, and the COVID-19 pandemic has not abated.

The reduced capacity at Wimbledon includes admitting 10,000 fans a day, eliminating the lines and expanding the parking space to fulfill different functions, and maintain the norms of social distancing.

Although coronavirus infections have lower numbers in Australia and Wimbledon has nothing guaranteed, it would take a significant advantage from the months leading up to the tournament.

The reason? In early January, rumors circulated about a possible boycott of the first Grand Slam of the year. This is because the organizers did not take the local population into account when planning their calendar.

The participating tennis players received the measures that they would have to follow, the government determined the sanitary protocols and arrival to the country; however, there were many complaints from people living in hotels that will already be used during the championship.

Why Has The ATP Not Acted In The Case Of Alexander Zverev’s Violence Against His Former Partner?