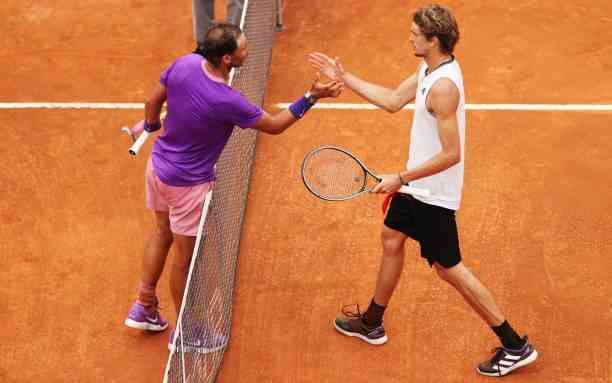 The German, who beat Rublev in the Cincinnati final, is already fourth in the ATP Rankings.

Rafa Nadal is no longer number 4 in the ATP ranking. The Balearic tennis player announced a few days ago on social networks that he was going to take a break for the remainder of 2021 to be able to recover well from his injury.

The Spanish stoppage has already meant that Alexander Zverev surpasses him in the individual men’s tennis player classification. The German is now the fourth best racket, moving Rafa to fifth place. He has done so after beating Russian Andrey Rublev 6-2, 6-3 in the final of the Masters 1000 in Cincinnati.

One step closer to storming the podium

Following the update of the ATP ranking, Serbian Novak Djokovic continues to lead the men’s tennis individual rankings with 11,113 points in total. He is the only tennis player who exceeds ten thousand points, and that, distanced from him, is the Russian Daniil Medvedev with 9,980.

The podium is closed by Greek Stefanos Tsitsipas with a total of 8,350 points. Alexander Zverev, after winning the Cincinnati tournament, adds up to 8,240, so he is very close to closing the podium and dethroning Tsitsipas.

A good year for Zverev

The German tennis player eliminated the Greek tennis player in the Cincinnati semifinal, serving as a warning that he is very serious in seeking the third position of the ATP ranking. In addition, 2021 is a good year for Zverev because he won in Acapulco and did it in Madrid, eliminating rivals like Thiem or Rafa Nadal himself.

It is the second tournament that he has won in a row, since he has just won the gold medal at the Tokyo Olympics by beating Russian Khachanov in the final by two sets to zero. He himself was in charge of eliminating the great favorite to win, the Serbian Novak Djokovic.