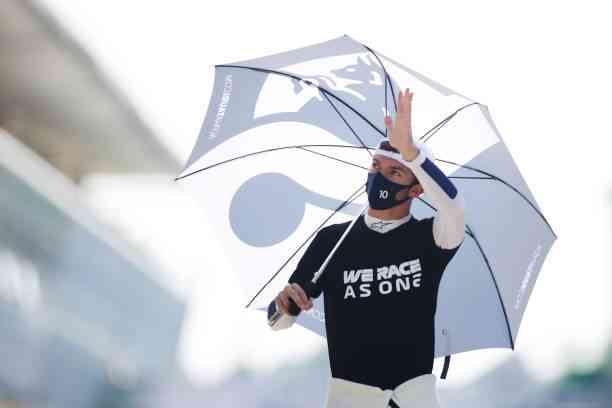 Pierre Gasly was left out of the Italian sprint after losing his Alpha Tauri, while Checo and Verstappen take advantage of Bottas’ sanction.

Valtteri Bottas took first place in sprint qualifying, however, Max Verstappen will start from pole position due to a penalty for the Mercedes steering wheel for the engine change, while Daniel Ricciardo will start from second place, while third place will go to Lando Norris, so this was a good deal for McLaren; Checo Perez will start in eighth place, so he will have to come back once more.

Despite the penalty, Bottas took all three points as the winner of the sprint qualification, while Verstappen added two, and Ricciardo took one unit. Lewis Hamilton had a bad race, who finished fifth, although he will start from fourth place.

This is how the classifications remain

Verstappen separates five points from Lewis Hamilton in the drivers’ standings with the distribution of points, but Mercedes leads the constructors with 13 points.

The start with Gasly’s accident

Lewis Hamilton started from second, but got off to a slow start and allowed Max Verstappen to pass, who put pressure on Valtteri Bottas. In the middle of the grid, Pierre Gasly was frustrated after a contact with Daniel Ricciardo, which caused part of the front wing to get under his Alpha Tauri, which caused him to lose control of his car and go to the wall of containment and abandoned the sprint, so he will start at site 19.

Robert Kubica also took a turn after a contact with Yuki Tsunoda. Both went to the pits and managed to return to the track, although in the last places.

How did Checo do?

The Mexican was overtaken at the start by Lance Stroll, so that from ninth place, he fell to tenth. In the ninth lap, he overtook the wheel of Aston Martin, although he had to return the position immediately, since the pass was off the track.

However, the Mexican once again overtook the Canadian on lap 14 and in the last laps he hounded Antonio Giovinazzi for eighth position, although he was ultimately unable to snatch the position from him. Either way, Checo will start in the eighth drawer due to the Bottas penalty, with great chances of placing seventh in the first round.

This is how the starting grid was