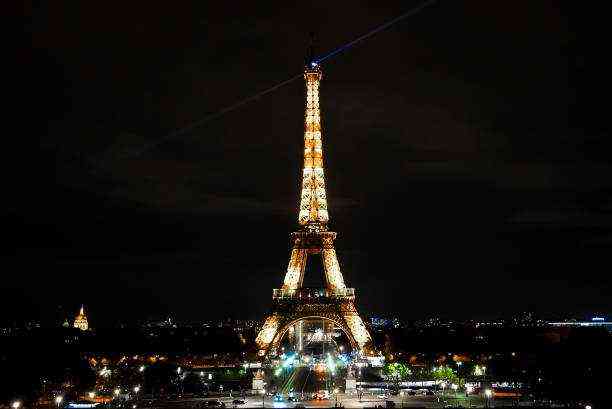 The Tokyo Olympic Games have not yet been held, but in Paris, they are already working on the Eiffel Tower details, which will be one of the protagonists of the 2024 Games. Several competitions will be held in the area where the tower is located, for which will be the perfect background and we will see it a lot in the sports tournament.

For this reason, the Eiffel Tower will undergo a process to change its image, so that it will stop being brown in color to look gold. The works have already started, and the color change is only visible at the top of the tower.

The Eiffel Tower measures 324 meters, and the smallest detail of the tower will be taken care of so that it looks uniform. Therefore it is expected that the painting works will finish in November 2022, and its remodeling will cost close to 50 million euros.

Thanks to the lighting system, the tower shines in different colors, but mainly gold, although this is only visible at night, and several of the Olympic competitions will take place during the day.

“The new tone can already be seen at the top of the Tower. It is not a big change, but with a nice blue sky in the background, it creates metallic and shiny reflections”, explained Patrick Branco, head of the Tower’s Exploitation Society.

The colors of the Eiffel Tower

To protect the metal of the tower, it undergoes paint changes every seven years and has not always looked brown. Its first shades were reddish.

Starting in 1968, the tower looks brown and looks darker in the lower part and lighter in the upper part to create a uniform effect.