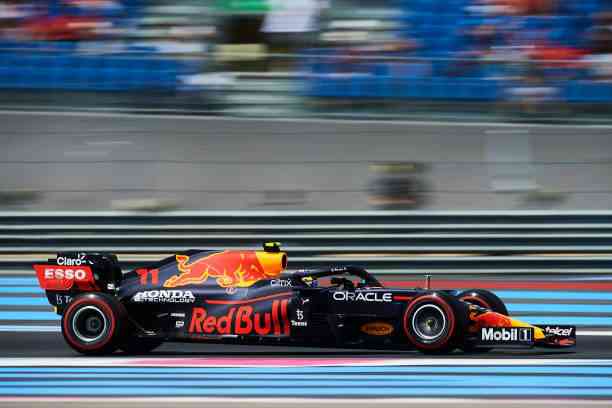 Since the Austrian Grand Prix, Checo Perez was barely able to enter the points zone on one occasion. Will he be able to return to the Netherlands?

Checo Perez has earned Red Bull’s top brass trust thanks to the results and performance in his first season. The Mexican is the driver that the team had sought so much, so he has become Max Verstappen’s best teammate since the days of Daniel Ricciardo.

Checo easily surpassed the performance of Pierre Gasly and equaled Alex Albon’s best points record in the middle of his first season, so he renewed his contract for the 2022 season, and although he has fallen into a bad streak, in the Austrian team they have full confidence that the Mexican can reverse the moment and fight for the podium again.

Checo was hired at Red Bull to fight for the first four places in each race, and the Netherlands Grand Prix lends itself to the Mexican claiming prominence again, after barely managing to score just eight points in the last few races in Hungary as in Belgium we barely saw him run for a few minutes.

The Mexican’s losing streak began at the Austrian Grand Prix, when he attacked Lando Norris in the first laps for third place. The wheel of McLaren and Mexican thwarted l to Czech aggressive maneuver lost several positions to the left out of the track.

Later, the Mexican was sanctioned with 10 seconds for illegally preventing two passes by Charles Leclerc, and finished in sixth place, with eight points.

Checo does not have good memories at Silverstone, as during sprint qualifying, he had a bad start and then lost control of his car, thus falling to the last place. As if that were not enough, in the final part, he abandoned due to problems in the car.

In the race, the same one in which Hamilton sent Verstappen to the wall, the Mexican had to settle for the 16th place and the fastest lap, however he did not give him points.

Hungary lent itself to return to points. The Mexican started from the fourth box, however he was left out in the first corner, after the Valtteri Bottas crash that caused several abandonments, so for the second consecutive time, he was left without points.

The crash before the race in Belgium

After the summer break, Checo returned to the tracks in the Belgian Grand Prix, marked by the role of Formula 1 and a three-lap race at Spa, due to the rain. The Mexican suffered with the weather conditions, so in the formation lap, he lost control of the RB16B.

The tires did not have enough grip, and the car slid towards the retaining wall. Although the mechanics recovered the car during the three-and-a-half hour break, Checo started in nineteenth place, scoring no points for the third race in a row.

Will Checo Perez be able to reverse this losing streak in the Netherlands? The Mexican must take advantage of the qualifying session to start from a good place and have a smart race on a circuit that limits overtaking a lot.