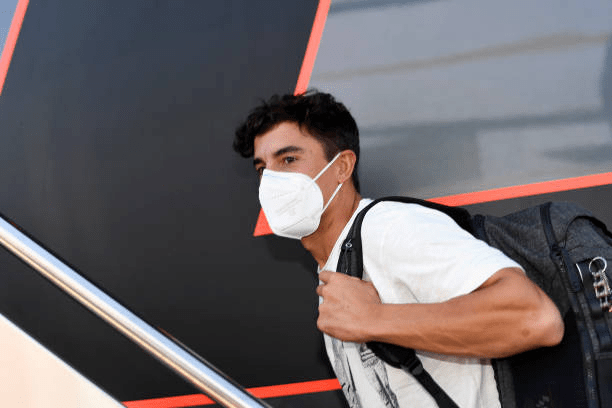 Marc Marquez’s presence in Qatar is unknown, and in the MotoGP paddock, nobody knows anything about the physical condition of the Cervera rider. Everyone wants it to come so they can compete for face to face against the best, but today it is doubt

The presence of Marc Márquez at the start of the MotoGP World Championship, on March 28 in Qatar, is unknown. Nobody in the paddock knows anything about the condition of the Honda rider. The latest news indicates that the recovery of the six-time world champion in the premier category is on the right track, however he does not set deadlines for his return, and from his surroundings, they always ensure that everything depends on how the recovery of the right arm evolves.

After what happened after the first operation, nobody wants to set a specific date of return so as not to take any type of risk. Marquez is working daily to be able to be at the start of the championship, since he already missed 2020 and wants to get back on the bike to fight for a new MotoGP title. The uncertainty is maximum within the paddock, everyone wants Marc to be there to try to beat the best on the track.

Alex Rins acknowledged Monday in a press telematics press from Portimao to know the state of the ultradense: “Knowing I know nothing and I think people do not know much, and he knows not to know if it’s true or false. It has already been seen that a lot is in store for him in his situation. Honda sure knows it, but I don’t know. Of course, I want him to get to the first race, of course, so that he can pick up the pace and be fighting, as he did in previous seasons. I don’t know much, but I do like to see him on the track, because he is a very talented driver from whom you learn.

Last year, Rins fought with his teammate Joan Mir for the championship, after the Cervera man said goodbye to the season after a hard crash in the first race at Jerez. Although he tried to return four days after being operated on, he could not even complete a return, and from then on, he suffered a real ordeal having to go through surgery up to two more times. In his absence, the Suzuki occupied their space and rose as the two great candidates for the title. In the end, Mir was proclaimed champion, and Rins finished third.

“Marc can quickly get back to his level”.

Everyone wants to beat the best on the track, and although at first it was said that he could be out for up to 6 months, it all depends on how the injury evolves. Marc Marquez’s intention is to return as soon as possible, he is crazy to compete again. In case the big question comes, it is how it can affect his recovery in time for the Qatar GP, to which the Catalan responds that “it depends on how he is physically. If he’s okay, he can quickly go back to the level he was at and open that little gap that was when he was there. And if not, it can be interesting.

Meanwhile, the Honda rider continues to recover from his injury, without setting any type of deadline, or taking any type of risk, the most important thing is to arrive in the best possible conditions. You are following the instructions given by the doctors. In the last review, Honda communicated that the recovery was on the right track, but to this day, its presence in Qatar remains a great unknown.