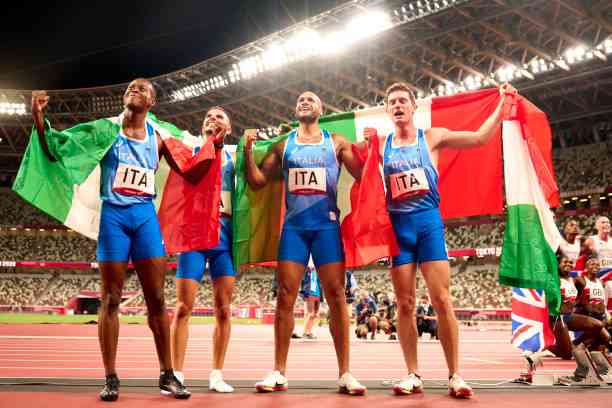 The Italian delegation at the Tokyo 2020 Olympic Games is made up mostly of athletes belonging to the Italian police, army, or fire brigade.

One of the great countries highlighted in these Olympic Games is being Italy. The Italian delegation is currently among the 10 with the most medals and equals Germany and the Netherlands with 10 gold medals. In number of medals it is seventh, with 39. It is followed by Germany (37) and the Netherlands (32). Although the Germans, with 11 silvers, would be ahead in a hypothetical ranking with Italians (10) and Dutch (10). But what is one of the reasons for the great results of the transalpine?

As Enrique explained in a publication that has gone viral, the vast majority of the athletes of the Italian delegation are either policemen, they belong to the army, or the fire department. It is nothing new, it is true, it is a system that they have been using in the neighboring country for years, and that is reminiscent of the one that was used in the past in the countries belonging to the Warsaw Pact, such as the USSR or the GDR.

Within the structures of the Italian police, army, and firefighters, there are sports groups. With the numbers ahead, in these Olympic Games in Tokyo 2020, there are 383 Italian athletes, of which just over 70% of them belong to these bodies, a total of 270 athletes.

The data is even more surprising when you look at the Italian medalists at these 2020 Tokyo Olympics. At the moment, there are 59 Italian athletes who have hung a medal around their necks, of which 49 belong to some of the sports bodies. They represent more than 83% of the medalists for the Italian delegation.

These athletes have been recognized as such since 2000, when the access framework was legislated and generated. To be one of them, public examinations must be passed, which are specific for athletes for men and women between 17 and 34 years of age. What are the tests? They are physical, but also theoretical. In addition, previous sporting merits must be presented at the national level.

These athletes do not exercise as such for the bodies they make up, although they are obliged to pass the training and instructions of each section, depending on their body, police, army or firefighters. The State pays them a fixed salary (the same that non-athletes of the same grade receive) with which these athletes can exclusively devote themselves to the sport they practice. The contracts are usually for four years, extendable, and with the option of promotion within the body for sporting merits.

And what happens when their careers finish? Athletes who finish their sports stage can either continue as coaches or workers within their discipline in sports facilities or join the bodies to which they belong in the position they have reached during their sports journey.