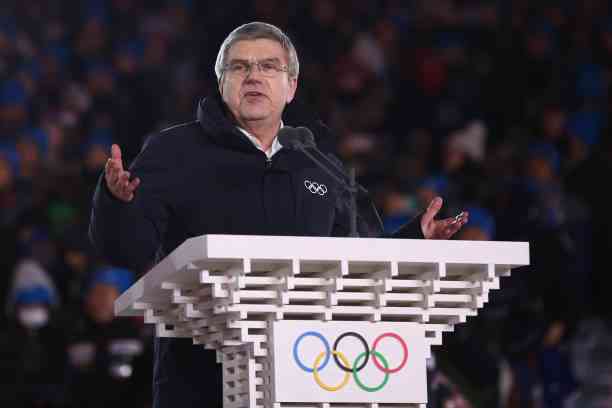 The president of the International Olympic Committee, Thomas Bach, says that the third state of emergency is not related to the Olympic Games.

The predictions about the health situation in Japan have come true. The country that will host the Tokyo Olympics will return to a state of emergency due to the increase in coronavirus infections less than 100 days before the summer fair.

Several prefectures in the country, including Tokyo, will return to social restrictions from April 29 until May 9. It will be the third state of emergency for the Japanese country.

More than 800 infections have been registered in Tokyo a day, but the most serious situation is lived in Osaka, where the peaks have reached figures of more than 1,200 cases. According to El Financiero, these two prefectures will be part of the state of emergency and Kyoto and Hyogo, so the governors of these places have asked for measures to stop contagion.

What will happen to the Olympics?

Despite this, the Tokyo Olympics are still planned. The president of the International Olympic Committee, Thomas Bach, indicated that the organization of the sports event can even be historic.

“They may be the best prepared Olympic Games in history, because of the information that the Committee has given us we are very happy. Another state of emergency could be declared in Tokyo, but has nothing to do with the Olympic Games”, said the German, according to Marca.

In Japan, the vaccination process has focused mainly on medical personnel, so that few residents have a dose, so Tokyo citizens, mainly, have demonstrated against the Olympic Games.

The sanitary protocol will be reinforced

However, Bach assured that both athletes and coaches and more people who will be in the Olympic Village during the Olympic Games, will have the vaccine, and in this way, they will seek to guarantee the health of the inhabitants “in solidarity with the Japanese people.” It should be remembered that the intention is for athletes to arrive in Japan already vaccinated.

The current wave of infections in Japan has been related to the new strains of coronavirus, a situation for which some sanitary measures have been reinforced, so the International Olympic Committee is also working on a sanitary protocol in the hands of the World Organization of the Health.

“The update will be done taking into account a scientific basis, so we are working closely with the World Health Organization,” he said.