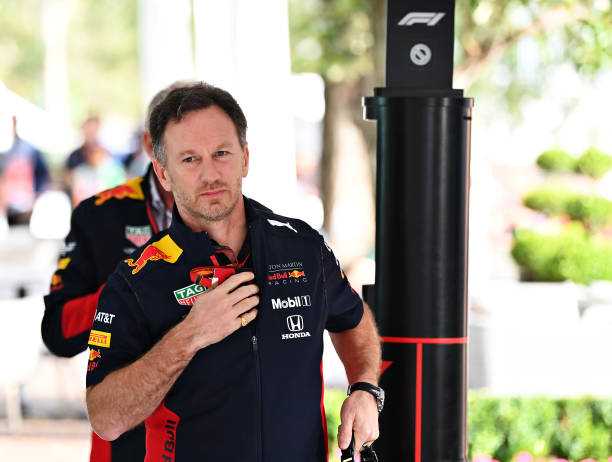 The war between Red Bull and Mercedes reached a new stage with team directors Chris Horner and Toto Wolff.

The end of the Formula 1 season is better than any novel, and it is that the things between Mercedes and Red Bull are that they take jokes on and off the track. Each team tries to bring water to its mill to obtain the minimum advantage and win the drivers’ and constructors’ championships.

The Brazilian Grand Prix ended any kind of relationship between the bosses of the two most powerful teams, and although Lewis Hamilton gave the victory to Mercedes, the German team tried to get the most out of it by exercising its right of review for the maneuver of Max Verstappen in defense against Lewis Hamilton on lap 48.

The Formula 1 commissioners called a Mercedes entourage to testify about the action between Verstappen and Hamilton and although it took almost two days to give their verdict, no investigation will be carried out and therefore there will be no penalty on the Red Bull driver and once the verdict was made public, the good came.

Chris Horner says his relationship with Toto Wolff is over

Chris Horner, head of the Red Bull team, and Toto Wolff, head of Mercedes, coincided in a press conference from which sparks came out, as these episodes with the stewards, together with the stress, pressure, and millions at stake, ended flat out with the relationship.

We have seen Horner and Wolff greeting each other in a friendly way at Drive to Survive, but this is no more: “There is no relationship, there is competition. Relationships and respect are two different things. There is respect for everything that Mercedes has done, everything that Lewis Hamilton has done, but I don’t need to go to dinner with Toto, I don’t need to kiss his ass or anything like that,” said Horner.

“There are some other team managers who could but, from my perspective, it’s a competition and the sport is the big winner of this, and I just hope we have a tough and fair fight until the end of the season,” he added.

The difference between Max Verstappen and Lewis Hamilton is only 14 points, while in the constructors’ classification the distance is 11 units in favor of Mercedes, which gave Hamilton a new engine and the Briton flew on the track.