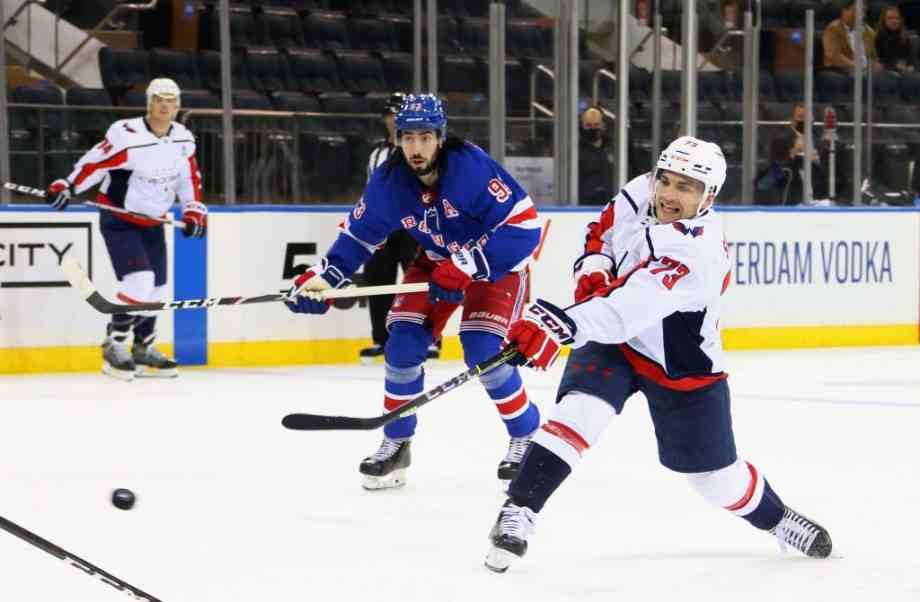 An NHL game between the Rangers and Capitals had everything but one hockey game, with 6 fights breaking out in total.

It hadn’t been a minute into the game yet, and the punches were already flying left and right in the NHL, something that is typical in hockey, but in a scene that we rarely have or almost never seen, the players of the Rangers and Capitals they put down the hockey stick and went to the blows.

Let’s explain better, when the referee dropped the pot to start the match between Rangers and Capitals, the players forgot about the game, and after a couple of seconds, the New York forward threw his gloves and began to fight against those in Washington.

But it was not the only fight that started at that time, because at the same time another 2 fights between players of the teams. It looked like plain football, a pitched battle broke out on the ice, and 3 fights in which they had to control the situation.

Let’s remember that one of the attractions of the NHL and hockey is that fights are allowed, so the referees cannot intervene in fights from the beginning, so they let them drop a few punches and stop the fight when they fall to the ground after the struggles, when they do not throw any blow and obviously, after a knockout.

Well, now returning to the field, this fight between Rangers and Capitals did not originate from nowhere, because there is a lot of history behind it, and knowing it, we understand why they forgot about the game. During this match, there were more than 100 penalty minutes of 6 fights in the first 5 minutes of the game at Madison Square Garden.

The fact that ignited the fight between Rangers and Capitals

Madison Square Garden has seen countless boxing fights and lately mixed martial arts, although also some in hockey, but few with history like Rangers vs. Capitals last Wednesday, May 5.

Monday, May 3 was the day that all this history between both NHL teams began, Tom Wilson of the Capitals was fined $ 5,000 for hitting a Rangers player in the back of the head while they were on the ground.

It was not there, in that same game, and after Wilson’s punches to Buchnevich, the Rangers’ Panarin jumped on Wilson’s back to end another fight, and the Capitals threw the Rangers player directly to the ground, which ended with an injury.

“I definitely think we feel the need to take matters into our own hands. And I take my hat off to them for answering the doorbell. They knew our frustration. We worked it out and played the rest of the game,” said Ryan Strome of the Rangers after the fights at the start of the game.

How, When And Where To See Checo Perez Live At The British Grand Prix?