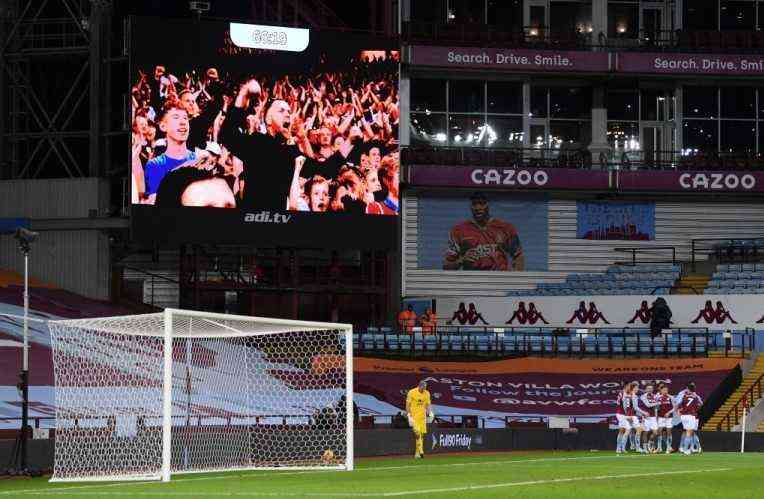 The light is seen at the end of the tunnel: Premier League stadiums will regain some normality, which will also favor other sports.

Good news! Boris Johnson, Prime Minister of the United Kingdom, presented a plan to return to normality, and if all goes well, Premier League stadiums will receive up to 10,000 fans from May 17.

Some teams had already received people, but had to close due to the restrictions imposed a few weeks ago. Fortunately, the picture is different now.

Despite the increase in cases and mutations of the coronavirus, vaccination represents great hope. If all goes well, sports like tennis and soccer will have thousands of people.

Johnson defined a plan to reopen certain sectors such as education, commerce, and sports in a “cautious, but reversible ” way. Therefore, these decisions could undergo changes in the coming weeks.

From the first weeks of the year, the possibility of holding sporting events like Wimbledon with everything and fans was managed. The organizers of this tournament sent a letter to the local population, to let them know their objectives.

Among them is an attendance per day of 10 thousand people and full capacity in the best of scenarios. With the authorization of Boris Johnson, everything indicates that the first option is the most viable.

The prime minister explained the new measures at a press conference. Starting on May 17, outdoor venues such as Premier League stadiums will reopen, but only with fewer than 10,000 individuals in the stands.

On the other hand, closed properties could reach half their capacity, as long as it does not exceed a thousand people.

If all goes according to plan, all social distancing restrictions may be lifted on June 21. This would come just in time for the Wimbledon kickoff , which is scheduled for June 28.

Almost in line with the update on the stadiums, the Premier League issued a statement explaining the number of COVID-19 tests that were applied in the last week and their results.

Between February 15 and 21, 2,633 tests were applied to all soccer players and club staff. Only two infections were detected, a figure that was maintained for most of the month.