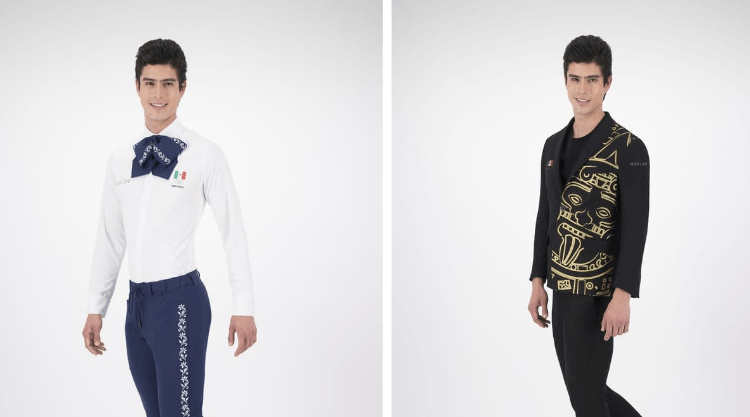 Almost 100 days after the Tokyo Olympic Games opening, the Mexican Olympic Committee already has options for a gala uniform.

On July 23, the Mexican delegation will parade in the traditional opening of the Tokyo Olympic Games alongside the more than 100 national representations that will compete in the summer fair.

After the ceremony of the lighting of the Olympic fire in the Tokyo Olympic Stadium, and a welcome show, it will be the turn of the parade of the delegations, and Mexico hopes to go with at least 150 athletes and almost 100 days to start the competitions, the Mexican Olympic Committee final details of what will be the dress uniforms.

The Mexican delegation will wear costumes designed and made by the High Life firm, which has submitted three proposals to wear in the Olympic Stadium parade. The Mexican Olympic Committee will vote on the three designs.

“Something very important is coming. Wait for it!”, indicates the Mexican Olympic Committee on its website, where the voting takes place.

What is your favorite uniform?

The three proposals share the idea of ​​highlighting part of Mexican culture. The first is the traditional charro style, which consists only of pants and a white shirt, with its respective bow for both men and women.

Another proposal is in black with Aztec details in gold. In the case of men, the set is made up of pants, shirt, and jacket in black, while for the version for women, it is thought of a dress that leaves the arms exposed, with the same details in gold.

The other proposal is a more sober style, consisting of navy blue pants and jacket, which stands out for presenting colorful flower details on one of the lapels, for both men and women.

Tom Felton Is Hospitalized After Fainting At A Golf Tournament