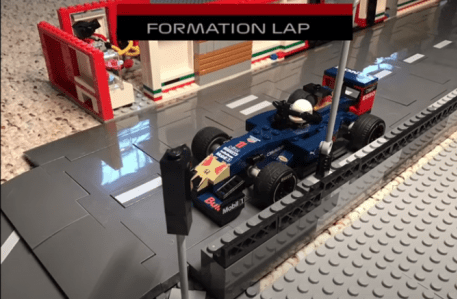 The debut of Checo Perez with Red Bull did not go unnoticed. After contriving to start his car after it was completely turned off during the reconnaissance lap, the Mexican earned recognition from locals and strangers and started the competition from the last place and in the pits.

Checo climbed to fifth place and scored his first 10 points of the season, for which he was recognized as the driver of the day for the Bahrain Grand Prix, which was recreated with legos.

The drama of Checo Perez’s blackout

The race was recreated with the most important moments of the race, starting precisely with the dramatic part in which the car is completely turned off for Checo, and the stewards approach the car to remove it.

Be careful with the accident that ended the race for Mazepin, who was the first abandonment of the year unfortunately for Haas, who still does not stand out in the Great Circus, and of course they could not miss the pit stops.

During the Grand Prix, veteran Fernando Alonso had to drop out due to a brake problem caused by garbage, and Latifi also had to leave the race.

And how about Max Verstappen’s controversial overtaking of Lewis Hamilton, to whom he immediately had to return the position for leaving the track, which finally facilitated the British Mercedes’ victory.