Clippers Adds Their Sixth Win In a…

Utah Beats Indiana By Coming Back But…

This Is How Sport Has Suffered The…

How, When And Where To See Checo… 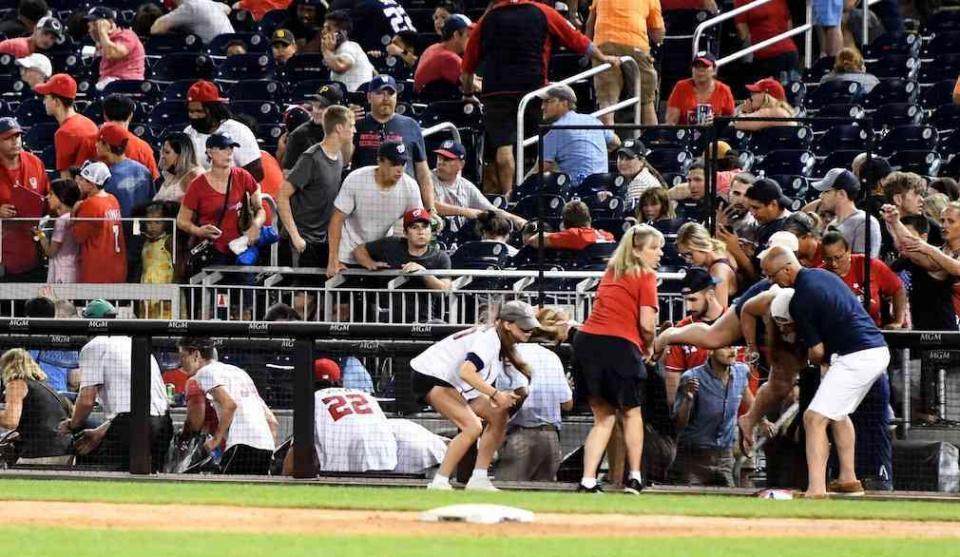 The game between the Washington Nationals and the San Diego Padres was suspended due to a shooting outside the stadium of the capital.

The game between the Padres and Nationals was called off in the top of the sixth inning due to an incident. The first reports indicate a shooting in the vicinity of the stadium, which caused the mobilization of dozens of fans in search of shelter and the deployment of police in Nationals Park in Washington.

Through their social networks, the Washington team reported a shooting near the access near the Nationals Park third base, suggesting that the followers leave through altered doors.

“We are working with law enforcement to provide more information as soon as possible.”

The shooting happened outside the stadium

After the incident, the players left the diamond and the benches to take refuge in the locker room. Meanwhile, the accesses that connect the stands with the field were opened for the fans to vacate the closest area regarding the alleged shooting.

Dozens of supporters chose to seek the exit or shelters from the left-field esplanade, where several supporters took cover between tables, columns and garbage containers. Meanwhile, in the stands, there was an overwhelming silence. The police department later confirmed that the shooting took place outside the stadium.

This situation is reminiscent of the case in Mexico, in 2009, during a match held in Torreón, between Santos and Morelia, after a series of detonations between armed groups that forced the players to run towards the locker room, while fans invaded the field to get to safety.

Like that chapter in Liga MX, players were observed looking for their relatives in the stands to meet them and evacuated instead together in Nationals Park.