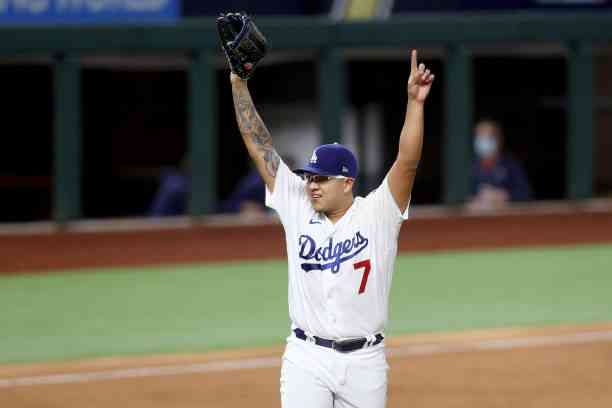 Spanish is spoken in MLB! Julio Urías had his first start with the Dodgers and was praised for a spectacular performance.

Finally came the day! After an exciting 2020 with a lot of Mexican flavor, Julio Urías earned a place in the starting pitchers rotation, and today he had his first start with the Los Angeles Dodgers.

The native of Culiacán, Sinaloa, met and even exceeded the expectations he had on his shoulders. After the 4-2 win over the Colorado Rockies, several users on social media called for him to improve his position in the rotation.

In addition, there are those who already position him as one of the candidates for the 2021 All-Star Game, which incidentally still has no headquarters. Or, some are running for you to win the Cy Young Award.

Urías’ participation against the Rockies

The Culichi received first hit to the third input, when shots recorded 35, 27 and 4 strikes punches.

The great work of the Mexican did not only come from the hill. Urías also created some danger on offense and in the fourth inning, he nearly reached base with a bunt that Ryan McMahon caught.

In the fifth episode, he recorded 11 pitches, of which 10 were called strikes. The sixth inning came with Colorado’s second hit, and although the Aztec pitcher allowed a walk, the Dodgers kept zero.

Julio Urías, in his first start with the Dodgers, accomplished what he has never done before in his career: complete 7 innings in the Major Leagues. However, Dave Roberts decided to make way for a reliever in the eighth inning.

Culichi’s afternoon ended with a victory to his name, 7 innings pitched, 25 batters retired, 3 hits, a walk, and a run; likewise, 59 strikes and 6 strikeouts.

Julio Urías was not the only Mexican who was active this Sunday. Luis Urías had his first hit of the season with the Milwaukee Brewers in a 2-8 loss to the Minnesota Twins.

For his part, José Urquidy started as a pitcher for the Houston Astros against the Oakland Athletics. Unfortunately, his tally rose to 87 pitches as the fifth inning began.

Confirmed! Billy Joe Saunders is The Next Rival of ‘Canelo’ Alverez