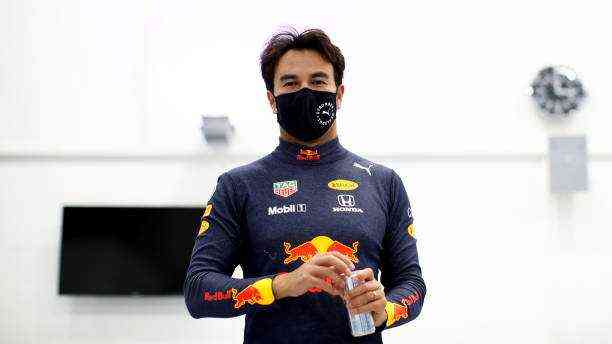 The start of Checo Perez’s stage with Red Bull had some complications, but he managed to recover.

Formula 1 Sunday! The start of the season also meant Checo Perez’s introduction with Red Bull, who was initially clouded by problems with the car and finished in a good way with a fifth position.

After being recognized as Driver of the Day, Checo Perez explained that he is leaving the circuit satisfied, as the Red Bull team found a way to recover. Fortunately, everything will remain as an anecdote, and the man from Guadalajara scored his first points of the year.

“Just being able to do those kilometers was worth it, and every lap I make in the car, I click more. I’m happy to get points for the team, but the race would have been a disaster. It is only the beginning and there is a lot of work ahead, but we see progress, “said the former Aston Martin.

In total, Sergio Perez registered 3 pit stops and took advantage of other drivers doing the same to come back. In the last 16 laps he rose from 8th to 5th place and completed one more comeback in his career.

What happened to Checo Pérez’s car?

The answer is not even by the pilot himself. The start of the Bahrain Grand Prix was complicated for Perez and Red Bull when the car completely shut down, but minutes later, the battery reacted and allowed the rest to work again.

“It was crazy, it was heating up and everything went off. I lost the engine, battery and I didn’t know what to do, I was about to get out of the car, I disconnected the steering wheel and said “let’s try something else.” I connect, I listen to my engineer on the radio and the drums come back, “explained the 31-year-old Mexican.

Jalisco insisted that he does not know the reason for what happened. For this reason, he also recognized that he will have to continue with his adaptation in the coming weeks, to meet the objective of being even more competitive as the season progresses.

“It delayed us a lot, but the rule is that I had to go to the pit lane, because everyone did an extra lap. I have no idea what happened. It is something that has to be seen, I need to make that click with the car, and it is part of the adaptation “, stated Checo.