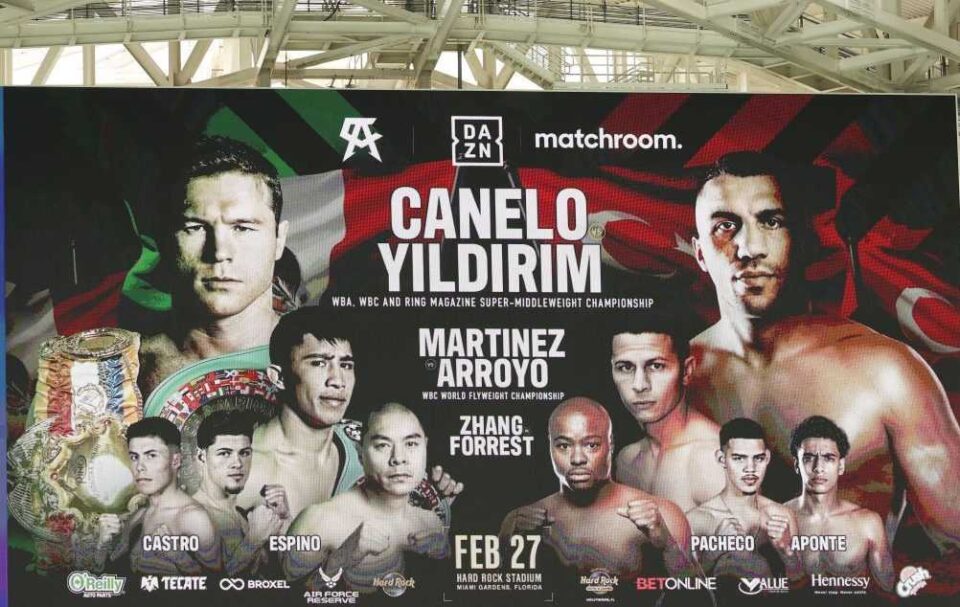 Canelo Álvarez is experiencing a great moment in his professional career, and it seems that he will not stop. After beating Callum Smith, his next rival is Avni Yildrim, a Turkish boxer who will face the Mexican for the WBC, WBA, and The Ring titles in the super media category.

The fight will be on February 27 in Miami, the Hard Rock Stadium will be able to receive the capacity for the fight, and if they want to go, and they have several thousand dollars available, there are still ticket sales for the title defense of the ‘Canelo scepters. ‘

The venue will only be able to receive 15,000 fans of the 65,326 available in its maximum capacity, and this reduction in seats makes the prices of those for sale more expensive, so, we are drawing accounts to see if it is feasible to get the savings, or rather we leave them another time in the piggy bank.

We took on the task of reviewing Tickets on Sale in the United States on the site, ticket prices are very varied. First, we would have to let them know that they will no longer find any available ticket if they wanted to go alone for the fight. Sale starts from 2 tickets onwards.

That said, the highest price you could pay to attend the ‘Canelo’ would be $ 10,171 dollars.

But it’s not all bad news, fortunately there are still tickets available at low prices. We are talking about $ 76, although it would be in the last rows, but it could be a good experience. The ticketing site also sells at least a couple of these tickets.

Who is Avni Yildrim?

The number 1 contender for the ‘Canelo’ titles is a Turk with proven ring experience. He has a record of 21 fights won and 2 losses, and 12 victories via chloroform, which makes him a constant threat to the Mexican.

Both fighters arrive in contrast to the contest, since Saúl comes from beating Callum and Avni suffered a defeat in their last confrontation, although due to the technical decision due to a cut from his rival after a clash of heads.