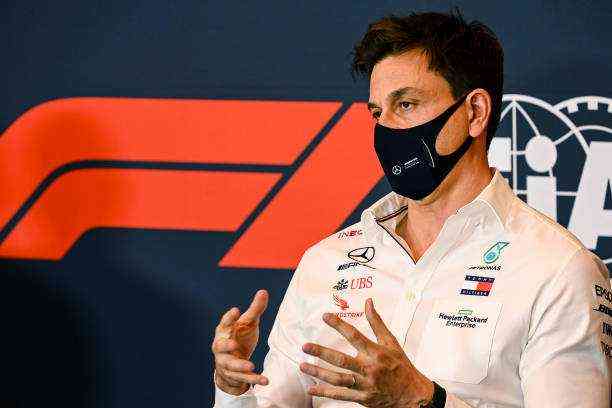 In Mercedes, they already know that in 2021 they cannot relax, since Red Bull looks strong to face the Formula season after the arrival of Checo Pérez, who can attack the current champion team on two fronts. The first is direct competition on the track and the second in terms of information on the German team’s engines’ performance.

Toto Wolff, head of the Mercedes team, assured that the Mexican will share information about his team’s engine, since as a construction company, Mercedes provides the engines to other teams, such as Williams and Racing Point, which is now called Aston Martin.

Wolff knows Checo well enough to know that the Mexican is a driver who is involved in the mechanics of the car, so he knows well how the Mercedes engine works, since he worked with it in his last years with Racing Point.

Now with Red Bull, Checo will go from using a Mercedes engine to a Honda engine, which is the construction company his new team has been working with for some years and which, Wolff believes, will help implement an engine that can compete with Mercedes.

“Sergio has had a Mercedes engine behind his seat for many years and of course he knows the performance potential and the different modes that can be used. You will certainly give this information to Honda. Obviously, hiring a pilot doesn’t change the overall performance much or how the engine can be tuned. But he still knows how the Mercedes engine works and that will be an interesting contribution to Honda,” said the Mercedes boss.

Concern for the Pérez-Verstappen duo

Toto Wolff considered that with the arrival of Checo Pérez to Red Bull, the Austrian team would have similar resources in its drivers to those of Mercedes, since both will have experienced and virtuous drivers.

“They have similar resources to ours, and they are a very ambitious team. With Max, you have a young driver who is trying to follow Lewis Hamilton’s footsteps. And with Sergio Pérez, they now have a driver who can score many points in the constructors’ championship”, he mentioned, and for now, we only have to wait for the moment of the first race of the season, in Bahrain.