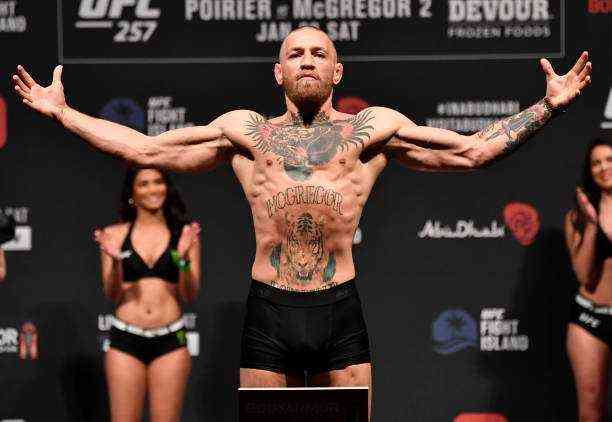 Canelo and Eddy Reynoso leave their fight with David Faitelson behind, and we all appreciate it, it was entertaining while it lasted, but now the Canelo Team focused on helping a character from the world of mixed martial arts to improve his game, and it was Conor McGregor.

Conor McGregor lost his last fight to Dustin Poirier, he was mercilessly knocked out, and not only came defeat but a gale of memes about the Irishman. One of the main reasons for the defeat was the punishment of one of his legs that reduced his mobility and ended.

For Eddy Reynoso, coach of ‘Canelo’ everything is different at this moment, and destroyed his rival in 3 rounds, although with controversy, the whole team enjoys the victory, but they also take time to send a message to Conor.

“Well, I think sometimes there are bad nights, I think Conor still has a lot to give in his sport. His career is flawless, and he is an athlete who will go down in history. This is your home, and when you want to come to practice, to learn where we are with open arms “, he commented for Little Giant Boxing .

Eddy Reynoso has no doubt that his gym would help McGregor in his future fights: “Here we can support him to improve his striking, to improve his defense. When I fought Mayweather, he surprised me because he has a very good counter, he has good leg movement, he has a lot of agility“.

Conor McGregor and the trilogy with Dustin Poirier

After Poirier knocked out Conor McGregor, there was talk of a possible trilogy with ‘The Diamond’, but, although there is nothing official, this could be attractive to the UFC, as the account is tied at 1 for the fighters.

Dustin Poirier, after his victory, has the possibility of being one of the contenders for the lightweight title, so it would be difficult for a third edition against McGregor to be viable at this point for the fighter. For Conor McGregor, it would be different as with the loss, he moved away from being a title challenger and would seek to vindicate himself in the lightweight division.