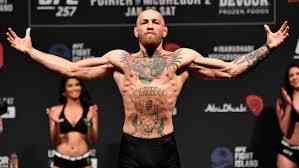 As a fan of the Red Devils, McGregor sent a message on his social networks about his intention to want to buy it.

In the midst of the debate on the new European Super League, more than one of the world’s athletes has expressed their opinion about the tournament, or the members that make it up. Now he joined the mixed martial arts fighter Conor McGregor, who expressed his intention to buy Manchester United.

More jokingly than seriously, the fighter launched his message on social networks and immediately unleashed thousands of comments that expressed disbelief, surprise and, of course, hundreds of jokes about this idea of ​​McGregor.

Manchester United is one of the clubs that would be part of the new Super League that seeks to bring together the best teams from all over Europe in a single tournament, both sportingly and economically.

In fact, the cost of Manchester United exceeds 717 million euros according to figures from Transfermarkt, one of the most expensive clubs in the world and one of those that have won the most awards in the world of football in the last 40 years.

How much money does McGregor make from his fights?

According to press releases, McGregor earned nearly 72 million euros in its fight against Donald “Cowboy” Cerrone e n January 2020, which works as an example of the amount of money you have the Irish fighter in addition to the tax he owes to pay for that amount. However, in other fights like the one against Poirier, he would have collected $ 5 million, according to The Independent.

Wait, What? Conor Mcgregor Invites Machine Gun Kelly To His Next UFC Fight