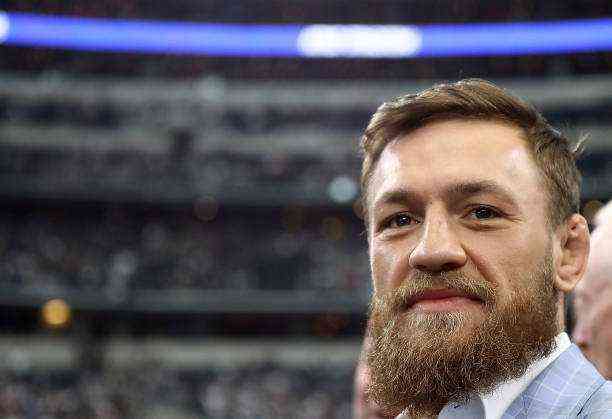 Not everything can be bad at this time for Conor McGregor, he was spectacularly knocked out in his last fight, and he is moving further and further away from the UFC championships, but, even if it is a small ray (not to say a ray) of light appears in his Bank account.

His brand of whiskey, unlike his last fights, is on the rise and has left him millionaire profits, much more than his own fights, and it must be taken into account that he earns more than any other fighter in the UFC, so much of it of his fortune comes thanks to his drink.

Proper no. Twelve is the name of the whiskey brand, it was born in 2018 and imported to the world by Eire Born Spirits (EBS), a company that Conor McGregor co-created, and now it is no longer his property, he decided to sell the shares he had. from EBS.

Becle, a Mexican company best known for making tequila, José Cuervo exercised the option to buy 51% of Eire Born Spirits’ remaining shares. In the first instance, they had 20% of shares, they went up to 49%, and now to buy the brand in its entirety.

HOW MUCH COULD CONOR MCGREGOR EARN FROM THIS SALE?

As soon as the purchase of the brand by Becle is official, Conor McGregor will be even more millionaire than he was, but the check would not be exclusively for him, he would have to share it with his manager and co-founder of EBS, Audie Attar.

According to the Irish Mirror, the amount they would receive on account of 51% of the remaining shares would be $ 130 million, which, if we put it to a more earthly plan, if that amount can be thought of as being, it would be about 2,756,626,600.00 (a quantity that we would not have imagined in dreams).

Conor McGregor would close a very lucrative year for him, since the sale of Proper No mentioned this amount. Twelve plus the 20 million dollars he won in his last fight against Dustin Poirier, would generate a year of many greenbacks, and not yet we are not even a quarter of the year.

Wait, What? Conor Mcgregor Invites Machine Gun Kelly To His Next UFC Fight