Wild Cards And Divisional Series: This Is…

Bucks Will Visit Biden! The NBA Will…

Doncic Defeats The Celtics With A 3-Pointer…

Minnesota Destroys The Lakers In The Third… 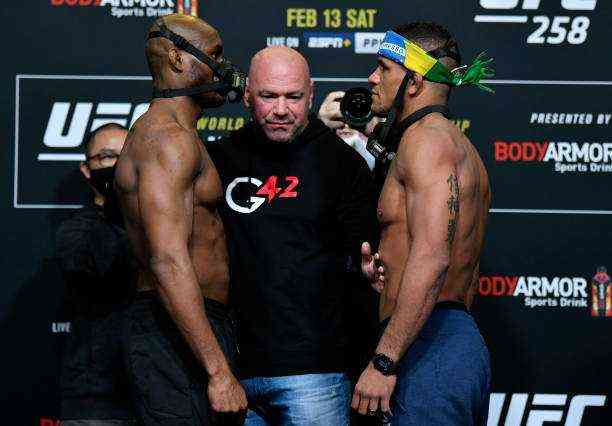 Kamaru Usman defends his welterweight title against Gilbert Burns, fights 5 rounds, plus 2 Mexicans will be on the main card.

On Saturday, February 13, UFC 258 will bring an exciting undercard for this new event, as the main course is the welterweight title fight between Kamaru Usman and Brazilian challenger Gilbert Burn. In addition, he presents us with 2 fights with Mexicans included.

Kamaru Usman has proven to be one of the main fighters in the category and the entire UFC and seeks to defend his title for the third time against Gilbert Burns, who brings a string of victories that he wants to maintain to be the new champion.

Gilbert Burns comes in with a 6-fight win streak, and in the last three, he faced Gunnar Nelson, Demian Maia, and Tyron Woodley, winning by decision, TKO and decision, respectively.

The undercard is scheduled to begin this Saturday at 6:30 pm with the show’s first preliminaries to continue with the preliminaries at 7:00 pm. The main card will start at 9:00 pm with 5 fights, which will end in the title contest between Usman vs. Burns.

You can tune in to the Fox Sport channel for the preliminary card only. If you are from another country, you can contract the event in pay-per-view on the ESPNplus platform or through the UFC Fightpass (check with your local server before buying).