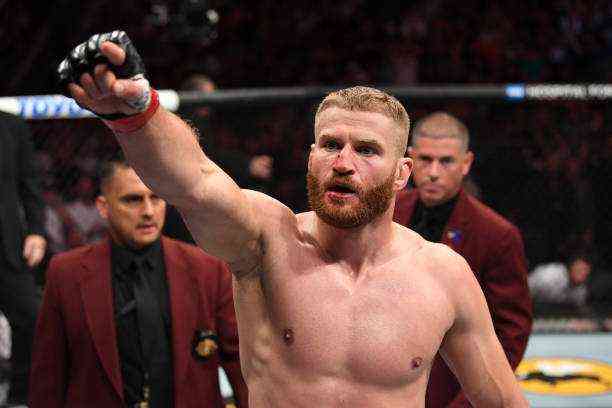 A card with 3 championship fights has UFC 259 prepared for us: Amanda Nunes, Jan Blachowicz, and Petr Yan defend their titles.

The UFC presents a star-studded card for its next event. 3 title defenses on the main card of UFC 259 with the super fight between light heavyweight champion Jan Blachowicz exposing his scepter against middleweight champion Israel Adesanya.

Amanda Nunes will also make an appearance in the Octagon to defend one of her championships, the featherweight championship against Megan Anderson, and finally, Petr Yan will face Aljamain Sterling for the 135-pound bantamweight title.

The rest of the card has names like Dominick Cruz, one of the best fighters in history in search of returning to the stellar plans against Casey Canney, this fight will be the protagonist of the preliminary card, in which Joseph is also Benavidez, one of the main contenders for the flyweight title.

The ‘Leona’ Amanda Nunes and her fierce attack want to defend the championship for the second time and continue to reign in the women’s division, but in front of her is Megan Anderson, who has just finished her last 2 opponents and finished with Nunes thanks to her excellent base of Muay Thai.

Petr Yan rose like foam within the bantamweight division and is one of the fighters in the Russian wave that is causing a sensation in the UFC. Yan took it upon himself to beat the legendary Jose Aldo to clinch the title, and now he will face the No. 1 contender in Aljamain Sterling, a constant fighter in the division who will have his first title fight and doesn’t want to miss out.

The card is scheduled to begin this Saturday, March 6 at 6:30 pm with the show’s first preliminary fights, to continue with the preliminaries at 7:00 pm. The main card will start at 9:00 pm with 5 fights, which will end in the title contest between Blachowicz vs Adesanya.

You can tune in to the Fox Sports channel for the preliminary card only. To see the full event, you can go to Fox Action and take advantage of the full card.