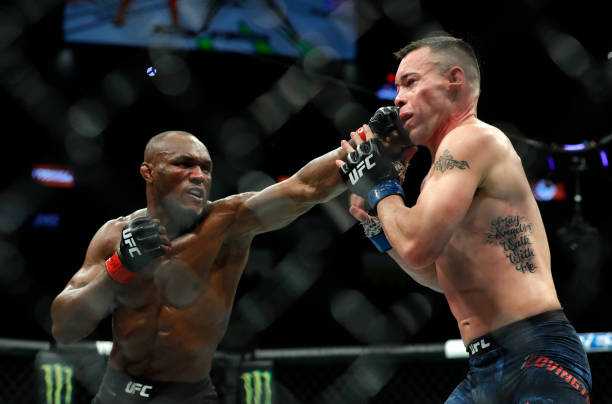 UFC 268 presents one of the best fights, the rematch for the welterweight title between Kamaru Usman and Colby Covington.

When two fighters who do not love each other meet inside the Octagon, fireworks are assured, and this will happen when Kamaru Usman defends his welterweight title against Colby Covington at UFC 268.

They are not two friends, and they do not even have respect for each other, there is a lot of bad blood for each other and vice versa, but they know each other perfectly, because they already faced each other on one occasion for that same scepter and that the Nigerian left with the hand up knocking out Covington.

December 14, 2019, was the date of the first confrontation. UFC 245 saw how Kamaru Usman did not stop hitting Colby on the ground, and the referee stopped the fight in the fifth round, leaving enormous frustration in the American fighter, who from then on was thinking of a rematch.

He had to beat Tyron Woodley after falling to Usman to have once again a chance to face his nemesis inside the Octagon. While he waited, he watched Kamaru defend his welterweight title three times, twice against Jorge Masvidal and once against Gilbert Burns.

Kamaru Usman vs. Colby Covington will be the main event on a UFC 268 card that features not one, but two championship fights, plus a fight with a Latin American contender looking to advance up the rankings for the bantamweight title.

The complete undercard of UFC 268

In addition to Usman vs. Covington, the straw title of the women’s division will be on the line and promises to steal the show because it is a rematch. Rose Namajunas will defend the championship against Weili Zhang, who wants her championship back at UFC 268.

UFC 261 was when they saw each other for the first time in the Octagon, and the champion arrived more confident in her game than ever, but she showed that you should not neglect for a second, because a kick to the head of Namajunas, ended her reign.

Justin Gaethje and Michael Chandler will meet in the lightweight division, the winner will surely have a new championship shot, so there is a lot at stake in this contest. Marlon ‘Chito’ Vera represents Ecuador and Latin America and will want to take another step on the ladder of success against legend Frankie Edgar.

The UFC 268 card is scheduled to begin this Saturday, November 6 at 5:00 p.m. with the first preliminary fights of the show, to continue with the preliminaries at 7:00 p.m. The main card will start at 9:00 pm with 5 fights, which will have the championship rematch between Kamaru Usman and Colby Covington.

To enjoy the event you can tune in to the Fox Sport channel for the preliminary card only. The full event, you can go to Star Action and take advantage of the full card. If you are from another country, you can contract the event in pay-per-view on the ESPNplus platform or through the UFC Fight Pass (check with your local server before buying).

Conor McGregor Wants To Buy Manchester United; Does It Reach You?