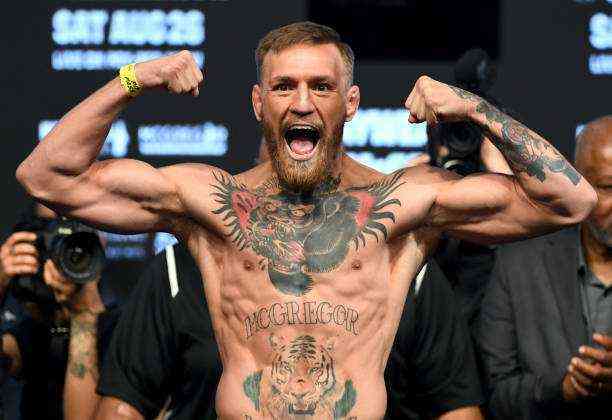 The Mixed Martial Arts superstar will face American Dustin Poirier; in a comeback, the UFC is the first step for him to attempt a rematch against Khabib; Where can you see it what time?

The superstar of Mixed Martial Arts (MMA), Conor McGregor, will complete his third return to the competition on Saturday, against the American Dustin Poirier, in a fight to be held in Abu Dhabi and which is organized by the UFC (Ultimate Fighting Championship).

The career of lightweight McGregor (32 years) has turned into an eternal return. Six months after announcing a new retirement, he will return to the cage to regain his status as a UFC figurehead and receive a nice $ 5 million check.

This sum will increase with the income of the television ‘pay per view’.

‘The Notorious,’ accustomed to problems with justice, hopes to make its last chapters forget, after having spent two days in detention in Corsica in September, after a complaint about attempted sexual assault and sexual exhibition.

Released two days later, without charge, he “vigorously denied any allegation of misconduct.”

On his return to the UFC, McGregor, who left with a 40-second win over American Donald Cerrone in January 2020, has not chosen the easy path.

True, he beat Poirier, 32, in 2014 by first round KO, but the American won five bouts since November 2017, suffering only one loss, against Khabib Nurmagomedov.

“The plan is to beat Conor McGregor, by all means, necessary, blood and guts to compete again for the world title,” he said.

Khabib on the horizon

Adept at provocative statements, McGregor has opted for a low profile this time, at a press conference Thursday.

“I would like to have a drink with him, I am honored to face him. We are both competitors, and it will be a super combat. But I have many weapons in my arsenal, and I am looking forward to taking them out to make a beautiful performance for all the fans of the world,” he explained the Irishman when talking about his rival on duty.

McGregor’s return will be in the ‘Fight Island’ bubble in Abu Dhabi to avoid the risks of spreading the coronavirus.

The UFC views the return of the idol as a first step for him to attempt a rematch against the undefeated Khabib Nurmagomedov.

Between McGregor and the ‘Eagle of Dagestan,’ there are still accounts to settle. The Irishman and the Russian met in October 2018, and the match, dominated by the latter, ended with a great fight and a suspension for the two stars.