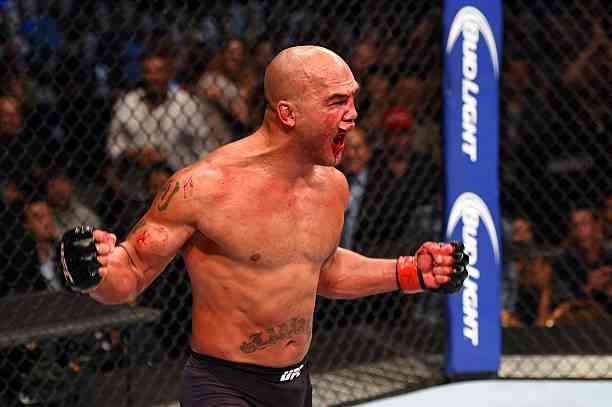 One of the most anticipated rematches of the UFC, Robbie Lawler and Nick Diaz have met again in a UFC octagon since 2004.

Much has changed in the MMA scene since the last time Nick Diaz and Robbie Lawler met in the UFC, 17 years have been of consolidation for Dana White’s company and the greatest exponent of the sport in the United States and the world.

April 2, 2004, the date of their first fight, MMA was little seen compared to this September 25 when they will enter the cage again. 17 years ago, there were a couple of young people looking to make a name in the sport, this time, they arrived as legends – few can boast of that.

Nick Diaz was the victor at UFC 42, a fight that has become a company highlight for 17 years. Round 2 saw Stockton’s right hands – very much in the boxing style of the Diaz brothers – that made Lawler shake and one final blow was the one that sent him knocked out, Ouch!

Their careers were very different as a result of that fight. Both were very successful and even managed to cross paths in other companies such as Strikeforce, but they were never close to being measured again in the octagon.

Nick Diaz, media success and controversy in his career

After beating Robbie Lawler, Nick Diaz’s career was not what they expected. He had 4 losses and 2 wins, of which 3 of the setbacks were consecutive, so he left the company to have a fight, which he won and returned to the UFC for another couple of fights in which he left with his hand raised.

He went to PRIDE, one of the most important companies in Japan to face Takanori Gomi, beat him, and made one of the most difficult submissions to get: the Gogoplata. They took away the victory because he tested positive for marijuana, what good Nick Diaz did.

After his fight at PRIDE, he had a few fights before signing with Strikeforce. In this company, he had 7 fights and he won all of them, he became the welterweight champion and his status was one of the best fighters in his division and he showed it with each blow he released -and there were many-.

The UFC bought Strikeforce, so Nick Diaz had a chance to return to the company. His debut was against BJ Penn, and he smashed his face, but the important thing was that he called GSP for a fight, but the Canadian was injured, even though Nick believed he was scared and said so.

He fought for the interim welterweight championship against Carlos Condit, the fight was shrouded in controversy. Some saw Nick Diaz win and others Condit, in the end, the result was for Condit. In March 2013, we would finally have the most anticipated fight in recent years.

GSP and Nick Diaz met at UFC 158, the victory went to GSP, who dominated Nick on the ground, but did not seek the fight standing so much, but was the winner. Nick Diaz returned in 2015 for a fight against Anderson Silva, lost by decision, but it was a loss that did not count because they both tested positive for banned substances.

The point is that Nick Diaz is one of the most charismatic fighters in the history of the UFC, he has won the affection of the fans, and as a fighter he has a prodigy boxing, he has an enviable cardio and a “gangster” attitude that has demonstrated.

Unfortunately, that same attitude has led him to have several incidents, one of them, the most regrettable in MMA. The fight against Mayhem Miller, after a victory by Jake Shields, Nick Diaz’s teammate, Mayhem approached to ask him for a fight, but it was not frowned upon.

Nick Diaz, Nate Diaz, Jake Shields and Gilbert Melendes beat Mayhem at will as security tried to separate all the fighters and were punished for participating in this beating.

Robbie Lawler and the road to success

After the loss to Nick Diaz, it took a while for Robbie to find his level, though he still won some medium-sized corporate titles in MMA. 8 wins, 2 losses and 1 no decision before signing with Strikeforce.

At Strikeforce, he didn’t do well at all, and his record was more of a loser than a winner. He lost against Jake Shields, ‘Babalu’ Sobral, ‘Jacare’ Souza, Tim Kennedy and Lorenz Larkin, all excellent exponents of MMA in history, although he has a victory by KO that will remain in history and here we show you.

He returned to the UFC, won 3 fights and was a title contender against Johnny Hendricks, he lost, but the fight was controversial because most of the fans saw Robbie Lawler win the championship, but the judges did not see the same.

He was back in contention for the championship, winning 2 fights before he again faced Johnny Hendricks for the title and this time he would not fail to get it. He defended the championship against Rory McDonald in one of the bloodiest and most dramatic fights in history.

Later he faced Carlos Condit and also dispatched him and his next fight was against Tyron Woodley, he was knocked out. After losing the championship, he beat Donald Cerrone and has 4 consecutive fights with losses, so, against Nick Diaz, he will look to get back on the winning track.

The UFC 266 card is scheduled to begin this Saturday, September 25 at 5:00 pm with the first preliminary fights of the show, to continue with the preliminaries at 7:00 pm. The main card will start at 9:00 pm with 5 fights, which will have a rematch between Nick Diaz and Robbie Lawler.

To enjoy the event, you can tune in to the Fox Sports channel for the preliminary card only. The full event, you can go to Star Action and take advantage of the full card. If you are from another country, you can contract the event in pay-per-view on the ESPNplus platform or through the UFC Fight Pass.