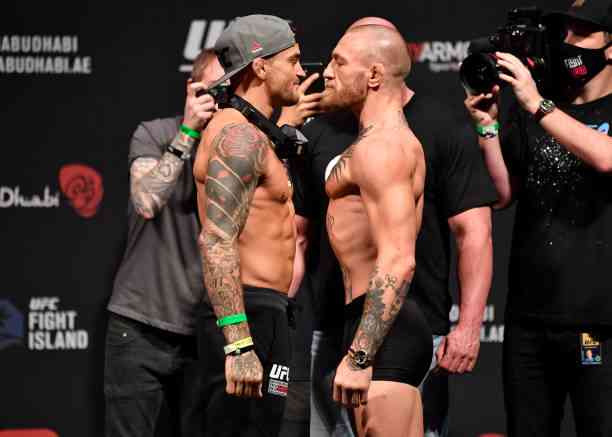 It’s official, we will have a third fight between Conor McGregor and Dustin Poirier this July 10 at UFC 264, with fans included.

After several months in which there has been talk of the rematch between Conor McGregor and Dustin Poirier, after the latter ended the Irishman as no one had ever done before, and it was with a technical knockout. They will officially face each other on July 10.

The return to the Octagon will be during the UFC 264 event and will be the third fight between these 2 contenders, the fight is agreed at lightweight with implications of a possibility of being the number 1 contender for the division title in the UFC.

The fight becomes official, despite the fact that both fighters had entered a war of statements on social networks in recent weeks in which there was even talk, by McGregor, of canceling the fight and looking for a new rival.

It all started because Dustin Poirier accused Conor of not making the payment he had promised for his foundation and not replying to the emails he had sent him on the matter. Conor McGregor was quick to respond with insults towards the “Diamond.”

McGregor mentioned to him that no one from Poirier had told him what the money that Conor would donate for and that he had to know where his money was going and that without knowing it, he could not make the donation and in addition to that he sent him the message of that he would cancel the fight and was looking for a new rival.

Fortunately, Dana White, president of the UFC, closed the fight and made it official on the mixed martial arts company’s social networks, and with the phrase: “Fix it in the octagon,” was that the poster for the fight was presented.

Trilogy of fights between Conor McGregor and Dustin Poirier

With a fight for each one, they will face each other in the Octagon, and let’s remember how each of the 2 fights between Conor McGregor and Dustin Poirier has been. The first came at UFC 178, and Conor’s rise to the top of the UFC.

Fight at 3 rounds, in the previous ” Mystic Mac,” McGregor’s alter ego had predicted that he would finish off the “Diamond” in the first round, and he did. 1 minute 46 seconds were enough for the Irishman to leave his opponent on the canvas, after a left that connected to the head, Conor hit his rival repeatedly without defending himself, and the referee ended the fight.

UFC 257 saw the rematch of Dustin, because, after a long round in which it seemed that McGregor would take the fight for a better shot, the American went to the second round to attack the legs of his rival and managed to immobilize him and then connect a right hand that sent him to the canvas and kept hitting until he couldn’t take it anymore.