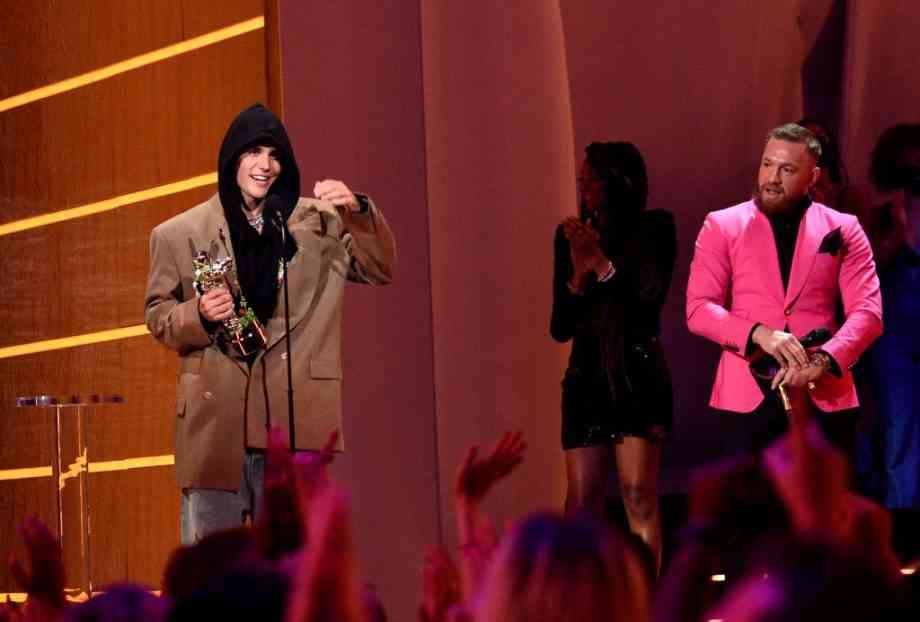 Who understands Conor McGregor? First, he wants to fight Machine Gun Kelly now without resentment, he invites him to his next fight.

Conor McGregor is one of the most controversial sports figures in the world, but his popularity has been earned by being one of the best in MMA and some other scandals; like the one who starred on the purple carpet at an MTV awards show.

He was one of the MTV guests to present one of the awards of the night, he celebrated the triumphs of his friend Justin Bieber in a big way and looked for a fight before starting the event, this was the night of Conor McGregor this Sunday, September 12.

He attended the so-called “purple carpet” with his wife, and Conor McGregor met the musician Machine Gun Kelly and his partner Megan Fox. Apparently, MGK denied a photo to the Irishman, which angered the UFC fighter, so he looked at him and even threw him a blow, but it only hit the air.

McGregor was taken away from the area where Machine Gun Kelly was by security elements of the event, and everything seems to have stayed there, although Conor left the place where he was looking for the fight more than annoying, hissing like an uncontrollable bull.

It was the only altercation that took place at the event, Machine Gun Kelly closed the awards ceremony with a live performance, and Conor McGregor looked like a little boy when he handed the award to Bieber, even Justin told him that the following (referring to his fight in the UFC) would be for him.

How was the song Conor McGregor vs Machine Gun Kelly?

Although Conor McGregor has shown us that, within his character within the UFC, he is a guy who does not forget and easily hooks up with his rivals; things are different in his daily life, and he even seems to have forgotten about the altercation.

This 2021, Conor McGregor buried the ax and left behind his conflict with Machine Gun Kelly, because the musician almost applied the “don’t even bite” him. Leaving the hotel where the Irishman is staying, a couple of reporters asked him about his conflict with MGK.

They got the surprise of their life. Conor McGregor mentioned to TMZ’s Adam Glyn: “Come to my next one and watch my performance whenever you want. Everyone is more than welcome in my fights or shows. No problem. I don’t even know the guy, “speaking and addressing Machine Gun Kelly.