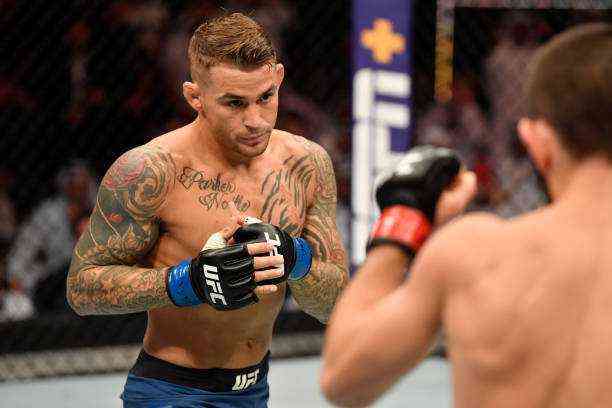 After a six-year wait, American Dustin Poirier finally managed to claim his revenge against Conor McGregor, whom he defeated in the second round and became the first man to defeat the Irishman by knockout.

The fight did not have any title at stake, however, Poirier was already considered a champion when consummating the rematch. “For me this was a title fight, and now the champion is me.”

Who is Dustin Poirier?

He was born in Louisiana and has French ancestry. On January 19, he turned 32 years old and is going through the best moment of his career, being considered the second best exponent of the UFC among light weights, in addition to being ranked seventh among pound for pound.

He became a professional fighter since 2009, and although he has aroused praise, he has also been singled out for not finishing consolidating, a situation that has already changed against McGregor.

For 12 years he has been married to Jolie Poirier, whom he met at school, during adolescence and they began dating at the age of 14. At 20, they married and moved to Florida, in order for Dustin to fulfil his dream of becoming a professional.

He is considered a family man and currently has a daughter. He is also noted outside the Octagon for his charitable work through his own foundation, which is run by Jolie.

The first fight against the Irishman happened on September 27, 2014, in Las Vegas, and McGregor left him on the canvas during the 178th edition of the UFC in less than two minutes.

“Conor hit me, we know he’s one of the best in the game, but I don’t give a damn, I came here to win,” he declared before the fight, which ended in the second round with a violent impact from the right. that exploded in the face of ‘The Notorius’, who returned to the hotel with the help of a cane.